Backing up after a promising second at Warrnambool last month, he jumped straight to the front and opened up a huge lead in the MG Trading Plate (1200m).  Jockey Dean Yendall eased up late and that reduced the winning margin to two lengths and change over Drop The Mic (Your Song).

Dinga was backed into a $1.85 favourite and his supporters will be on board again when the colt surfaces for his third start.  He’s bred to keep winning with a pedigree brimming with black-type from WA.

Dinga was bred and sold by Oakland Park for $80,000 through the Blue Gum Farm draft to the 2018 Inglis Melbourne Premier yearling sale.  Always held in high regard by Wilde, he was nominated for the G1 Caulfield Guineas but the classic will come up too quickly next month.

Safeguard (Exceed And Excel) annexed the WA 2YO and first-season titles in 2018-19.  Specialism won three races at Ascot and she was runner-up in the G3 WA Sires’ Produce Stakes and Crystal Slipper Stakes.

Miss West Coast was another of his first-crop winners at Ascot and she was placed in the G2 Karrakatta Plate, G3 Gimcrack Stakes and Magic Millions 2YO Classic.

Safeguard’s second-crop yearlings averaged $86,000 at the 2019 Perth Magic Millions and that spurred a fee increase to $8,800 this year.  He stands at Mogumber Park in Bullsbrook alongside Commands stakes winner Rommel ($4,400). 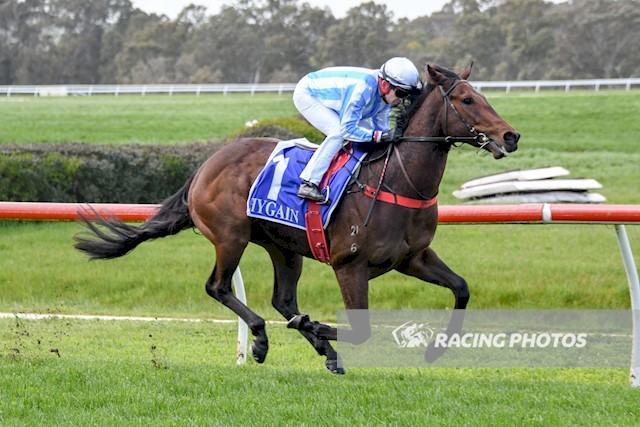