Kaplumpich was responsible for one of the more bizarre results in racing when he shared a dead-heat decision for the second time in his career at Cranbourne on Wednesday.

The All American gelding came from the clouds to collar Eagle Spirit right on the line. Both jockeys – Ethan Brown (Kaplumpich) & Harry Grace (Eagle Spirit) – weren’t prepared to claim victory or concede defeat and, after a long deliberation, neither was the judge.

Kaplumpich (4g All American – Illusionary by Hussonet) was having his second start for local trainer Kevin Corstens after previous stints with Darren Weir and Cairon Maher.

“I didn’t know what to think,” Brown admitted when quizzed after the Procon Developments BM64 (1200m). “I studied the replay of his previous run at Morphettville and thought he would be a better chaser rather than sitting on the pace. We were caught wide with the rail out and I sent him on a long looping run around the home-turn.

“It wasn’t easy but Kevin has got him firing and he raced out of his skin today.”

A $70,000 graduate of the 2017 Adelaide Magic Millions, he is a full-brother to Invisible who won his maiden at Canterbury before transferring to Hong Kong for further victories at Sha Tin and Happy Valley.

Their dam Illusionary won at Sandown Lakeside and is a half-sister to Chase The Rainbow (G2 Bill Stutt Stakes) and Ms Funovits (G2 Karrakatta Plate).

Sydney-based sprinter The Bald Eagle is on a hat-trick for All American after back-to-back victories at Canterbury for Team Hawkes. He camped on the speed last time out in the ATC Member Tours BM70 (1550m) before striding clear for a convincing victory.

“That was his strongest performance yet,” co-trainer Michael Hawkes declared. “And Brenton (Avdulla) gave him a great ride.”

All American is running second to Blackfriars on the WA sires’ table this season and he stands for a $6,600 service fee at Geisel Park Stud in Myalup. 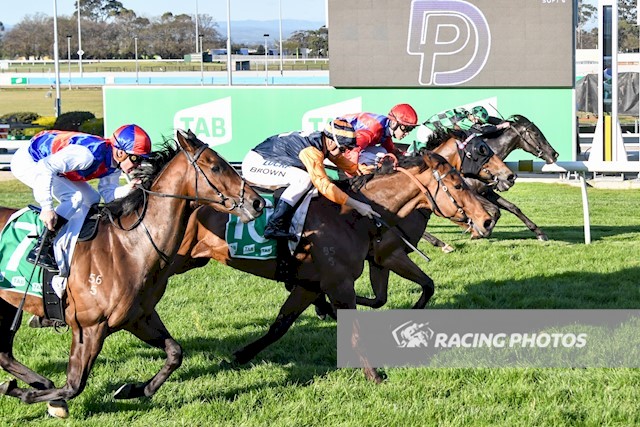