Bumper Humper has kicked off Perth’s juvenile season with a spine-tingling victory in the Magic Millions Initial Plate (1000m) at Ascot.

In a head-bobbing finish, the Alfred Nobel filly did best in a four-way photo from stablemate Too Spicy (All American), Datalka (I’m All the Talk) and Starfield Impact (Demerit).

Bumper Humper (2f Alfred Nobel – Mardella Miss by Citidancer) went out at double-figures for her debut on Saturday despite winning three barrier trials for trainer Dion Luciani.  “She’s always given me a good feel although it was a close choice whether to ride her or Too Spicy,” jockey Brad Parnham admitted.  “We got the bob right on the line and there wasn’t a lot left in the tank.”

Luciani won last year’s Initial Plate with Amarillo Rose and he will give Bumper Humper one more run before a spell.  She is a homebred for Loloma Farm owners Kevin Fowler and Kelly Everett from a 2yo black-type family going back to VRC Desirable Stakes winner Angel On High (Godswalk).

Alfred Nobel (Danehill Dancer) stands at Alwyn Park for a $2,200 service fee and the Initial Plate was part of an outstanding start to the Ascot season for the Serpentine stud.

Former Alwyn Park stallion Trade Fair sired a winning double (Validation & Jedaffair) while Maschino weighed in with Cup Night who will likely complete his current campaign in the LR Northam Cup on October 27. 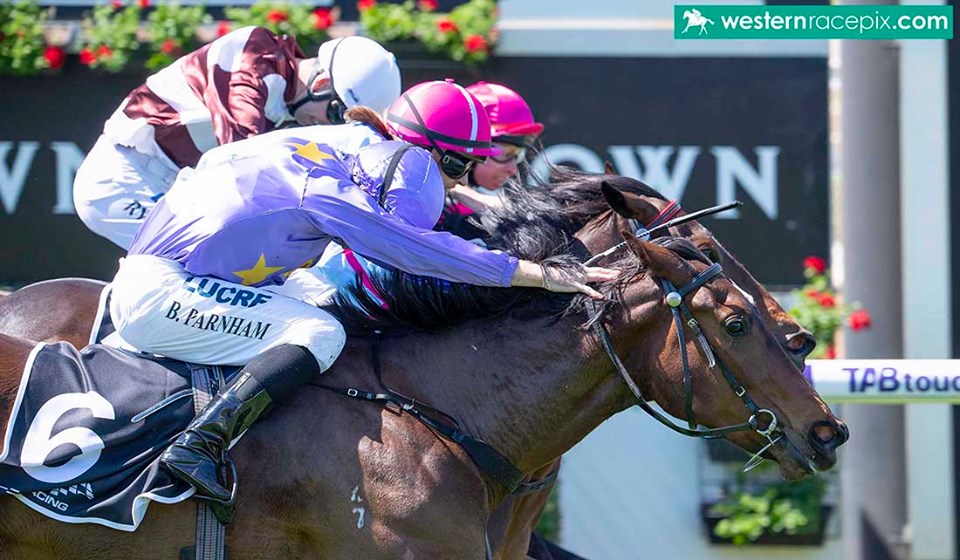