Blackfriars has soared into the Australian Top 10 after the best week in memory for a Western Australian stallion.

Old marvel Black Heart Bart had been retired earlier this year and was considered past his prime before a brave victory in the G1 Underwood Stakes at Caulfield.  Conversely, Perth’s rising star Come Play With Me arrived in Sydney with winning credentials although not in the same league as the locals in the G1 Metropolitan at Randwick.

“Nothing ever surprises me with Blackfriars but that will probably take some beating,” Scenic Lodge general manager Jeremy Smith said in the wake of an amazing week.  “The most satisfying thing is all four horses were born and raised here at Scenic Lodge.”

Ironically, the best-ever start to a season by Blackfriars comes nearly two years after his death.  He sits just below Zoustar and above Snitzel among other Hunter Valley alumni in the Top 10 with over $2 million in prizemoney.

A 10th consecutive WA premiership appears a formality in 2019-20.

Come Play With Me was originally trained by Adam Durrant for his parents, Geoff and Vicki, who bred the gelding from their LR Starstruck Classic winner Russian Playmate (Dr Johnson).

“Adam rang me and said he was sending over a horse that had been weighted out of Perth,” champion trainer Chris Waller recalled on Saturday.  “They weren’t expecting anything great but I gave them a bit of confidence when we targeted the Metropolitan.  And we got it right!”

Two hours later, Spiritual Warrior became the 41st stakes winner for Blackfriars when he defied running down in the LR Kalgoorlie Cup.  Starting a $3.50 favourite following a hat-trick at Belmont, he overcame a tardy start and trouble in running to defeat First Affair and Ihtsahymn.

Perth couple Elio and Jacquie Galante also completed the Goldfields double as the breeders of Tellem We’re Coming and Spiritual Warrior.  They kept the Hannans winner but sold Spiritual Warrior to trainer Justin Warwick after he tailed off in a couple of 3yo trials.

“And I would have given him back a few times because we didn’t get along early on,” Warwick admitted.  “I had my doubts but he got better and better and has developed into a tough stayer.”

“I’m so happy for the Durrant and Galante families,” Smith said.  “They were huge supporters of Blackfriars and we are so lucky to look after their broodmares at Scenic Lodge.

Smith is also looking forward to the 2020 Perth Magic Millions when the last yearlings by Blackfriars go under the hammer in the Swan Valley.  “It’s the final opportunity for local and interstate buyers to bid for his stock.  I’ve heard there are some lovely Blackfriars yearlings from outside vendors and we have an outstanding group of young ones under our banner.” 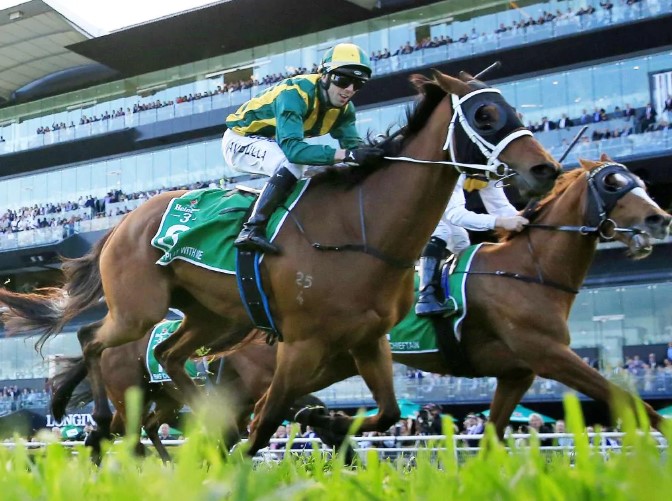