It’s going on two years since Blackfriars died but he remains the benchmark for stallion excellence in Western Australia.

The Scenic Lodge champion had all the bases covered over a long weekend highlighted by Black Heart Bart’s Group 1 in the Underwood Stakes (1800m) at Caulfield on Sunday.  The born-again veteran responded to claims he was over the hill with a soul-stirring victory – his first since the G1 Futurity Stakes at Caulfield in February 2017.

“He’s obviously a grand old horse and stepping up to 1800m meant he wouldn’t be chasing all the time,” trainer Lindsey Smith said.  “I thought he was in a bit of trouble after that last start loss but Brad (Rawiller) was very confident that he would run a big race today.”

Black Heart Bart’s Geraldton-based owners pocketed $452,000 on Sunday and that sent his earnings past $4.46 million.  He was bred at Scenic Lodge and cost syndicate manager Kim Renner $20,000 at the 2012 Perth Magic Millions Yearling Sale.

The Underwood prizemoney put Blackfriars firmly on track for an unprecedented 10th sires’ title in a row in Western Australia.  He’s also in the Australian Top 12 alongside fellow Danehill stallions Exceed And Excel and Fastnet Rock.

Blackfriars topped and tailed the Queen’s Birthday weekend well away from the limelight at the spring carnivals in Melbourne and Sydney.

On Saturday, his 6yo gelding Break The Chain won the $10,000 Meekatharra Cup for owner-trainer Summer Dickson.  He bolted in by 8 lengths showing a glimpse of the form that saw him win at Ascot last year for Glen Kettlewell and Vaughn Sigley.

Blackfriars was in his element at Monday’s public-holiday meeting in the Avon Valley where he has sired four Northam Cup winners – Moneghetti, Son Of Something, Young Lionel & Chocolate Holic.

Come the last and Rayarnie led home a Blackfriars trifecta in the TAB Touch Better Your Bet Hcp (2200m).  The winner pinched a break on the corner and kept lifting to defeat First Black and Hay Magic.

Blackfriars can put daylight between top spot and the chasers on the WA sires’ ladder later this week.  He can play a hand in the Goldfields feature double with Tellem We’re Comin (LR Hannans Hcp) and Gangbuster (LR Kalgoorlie Cup). 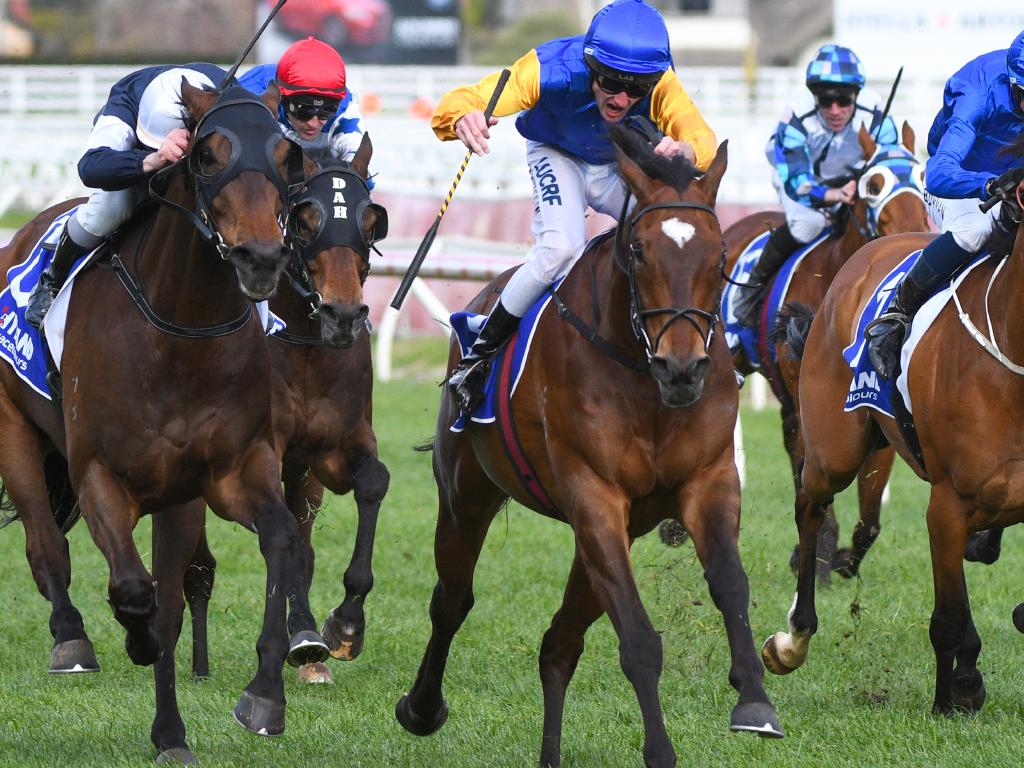