Tellem We’re Comin can give Blackfriars a third posthumous Group 1 this season on the back of his dominant victory in the LR Northam Cup (1600m) on Sunday.

The Avon Valley feature was his second black-type this month after the LR Hannans Hcp in Kalgoorlie.  It was also the fifth Northam Cup for Blackfriars following Moneghetti (2011), Son Of Something (2014), Young Lionel (2015) and Chocolate Holic (2016).

Co-trainer Grant Williams said Tellem We’re Comin’s goal this campaign will be the $1 million Railway Stakes (1600m) at Ascot on November 23.  “We’re setting the bar high going for the Railway,” Williams admitted.  “But if he’s three or four back on the fence and gets a split at the right time, he’s got a really good turn of foot.”

Tellem We’re Comin is a homebred for Elio and Jacquie Galante from their smart mare Bonny Bonny (Bletchley Park).  She has a yearling colt from the last crop by Blackfriars and has been covered by Snippetson this season.

Blackfriars has sired 5 individual black-type winners this season which puts him on top of the Australian table in that category with I Am Invincible, Pierro, Zoustar and So You Think.

Among them are Group 1 winners Black Heart Bart (Caulfield Stakes) and Come Play With Me (The Metropolitan).

Trainer Lindsey Smith has confirmed Black Heart Bart will return home for the G1 Kingston Town Classic (1800m) at Ascot on December 7.  He finished ninth in the G1 Cox Plate on Saturday after sitting outside the leader from a wide gate.

“I’m really proud of his performance,” jockey Brad Rawiller said at Moonee Valley.  “It wasn’t the perfect scenario and he’s a different horse with cover.” 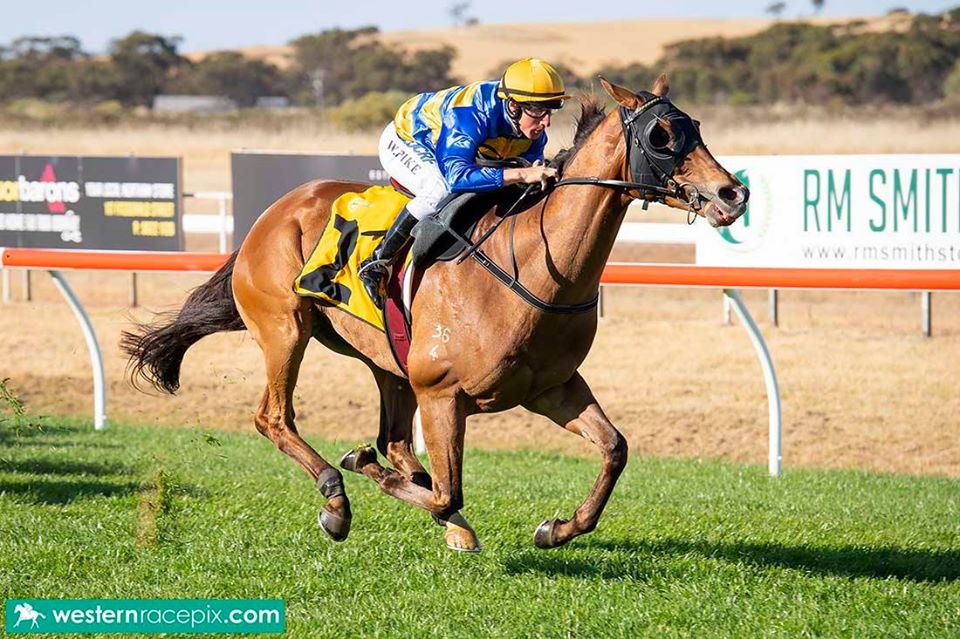