Home I’m All The Talk convoy led by Convention

I’m All The Talk convoy led by Convention

Ascot trainer Paul Jordan is a past-master at winning early juvenile races and his 2yo filly Convention can fit the bill this season.

Convention appeared at the Belmont barrier trials on Tuesday and the first-crop daughter of I’m All The Talk spaced her heat over 1000m. She jumped straight to the front and bolted in by 7 lengths from Ginger Green (Gingerbread Man) and the Dan Morton-prepared colt Jive Talkin’ (I’m All The Talk).

Fellow Ascot trainer Colin Webster is also pleased with his I’m All The Talk filly Reciting. She was runner-up to precocious youngster Bumper Humper in a hit-out at Lark Hill.

Convention is a Mungrup Stud homebred and will be fancied to continue Jordan’s recent 2yo form-line in the $70,000 Initial Plate (1000m) on October 12. He has produced early winners Fire And Rain (Oratorio) and Specialism (Safguard) in the last two seasons at Ascot.

“He was super-fast is a terrific stallion prospect,” trainer Gary Portelli declared. “WA trainers will love his two year-olds.”

Portelli bought an I’m All The Talk – Stormville filly at this year’s Perth Magic Millions that has been named She Can Talk. “We had people fighting to get into the syndicate,” Portelli’s wife Kellie said this week. “She had a slight setback with a foot injury but is back in work now. She’s looks amazing and Gary has been very happy with her progress.” 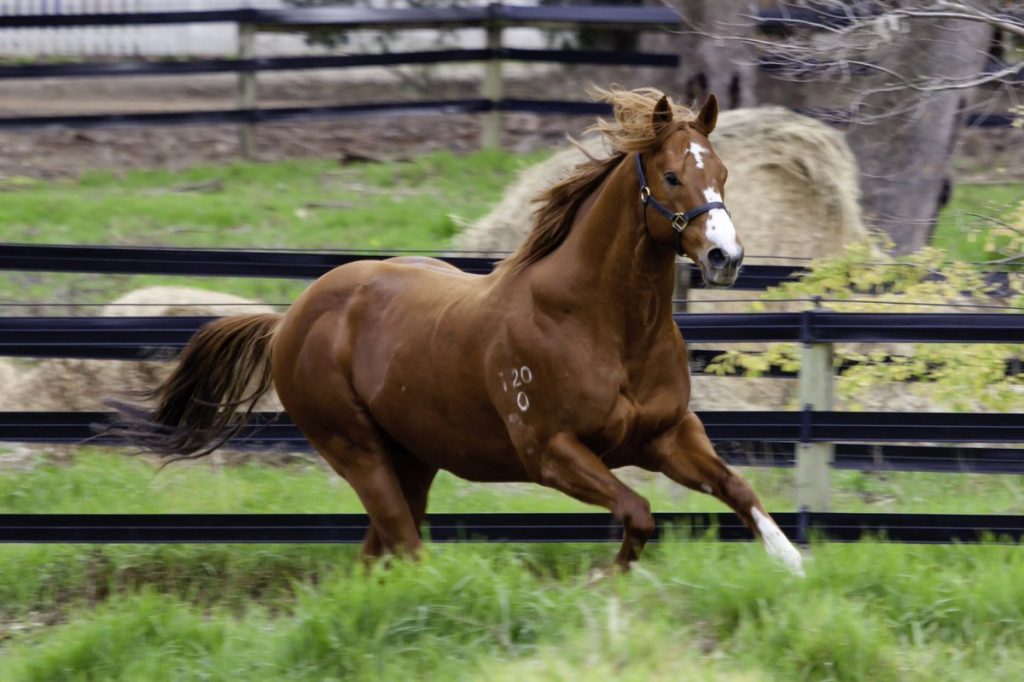