This Saturday commences an exciting week for All American spanning his stud career in the Hunter Valley and at Geisel Park in WA.

All American (Red Ransom) can sire his third individual Group 1 winner when Looks Like Elvis faces a top-class field in the Turnbull Stakes (2000m) at Flemington. The rising star from Brisbane is coming off a hat-trick at Eagle Farm, however, it’s a tall order against the likes of Mystic Journey, Mr Quickie and the British-bred stayers Hartnell and Finche.

“We were going to come down for the Naturalism at Caulfield two weeks ago,” trainer Bryan Dais said. “It might have been an easier assignment but travel plans didn’t work out. There was a good race at Eagle Farm for decent prizemoney so we decided it best to stay home.”

Dais has always dreamed of having a Caulfield Cup runner and the Turnbull winner receives a ballot exemption into the $5 million handicap over 2400m on October 19. “He’s a trier and if some of them are off their game, or a doubt at the trip, he will be strong.”

All American could join Yarradale Stud champion War Chant (USA) as the only stallions active in WA with three Group 1 winners to their credit. Before arriving at Geisel Park, he achieved elite-level success with Yankee Rose and Dark Dream.

The first WA-conceived progeny by All American begin racing next Saturday, October 12, in the Initial Plate (1000m) at Ascot. He has Too Spicy engaged and she has won trials at Lark Hill and Belmont.

Too Spicy is raced by Geisel Park manager Conor Dunlop, his fiancée Rachel Skinner and Peter Fernie’s wife Karen. “She’s progressing really well,” Dunlop confirmed this week. “Brodie (Kirby) and Brad (Parnham) both remarked she was the complete professional in her trials. She acts like a seasoned 3yo.”

Trainer Dion Luciani has a strong hand in the Initial Plate saddling Too Spicy and Bumper Humper (Alfred Nobel) who has won trials at Lark Hill (2) and Belmont.

Dunlop reports Geisel Park owner Eddie Rigg has two All Americans in work with Ben and Dan Pearce and another with Liz Strempel.

I’m A Bush Chook (2f ex Bitter Emu by Ihtiram) and American Pledge (2f ex Elsie The Eagle by Serheed) are both shaping up for 2yo campaigns this season. “The Pearce boys like both fillies and we’ve rated American Pledge since she was a foal. She’s an exceptional mover and we think she could be something special.”

American Choice (2f ex Elle Choisit by Choisir) is in pre-training with Strempel and will be prepared by Simon Miller. “She was educated by Dion along with our other All Americans,” Dunlop added. “He does a great job and has an opinion of this filly.”

Rigg also manages a syndicate that races All American gelding Braggadocios and he’s ready to break through after splitting Red Can Man and Orachino at Northam last month. The form out of that race continues to stand up with Red Can Man completing a double at Belmont and Orachino bolting in by 8 lengths at Toodyay.

Braggadocios was bred in the Upper Hunter by Lincoln Farm owner Nick Posa who managed Heytesbury Stud before moving to NSW. Rigg purchased his dam Glorianna (King Cugat) and she has an All American 2yo filly named Can’t Shake You and a new-season colt by Vert De Grece (Ire). 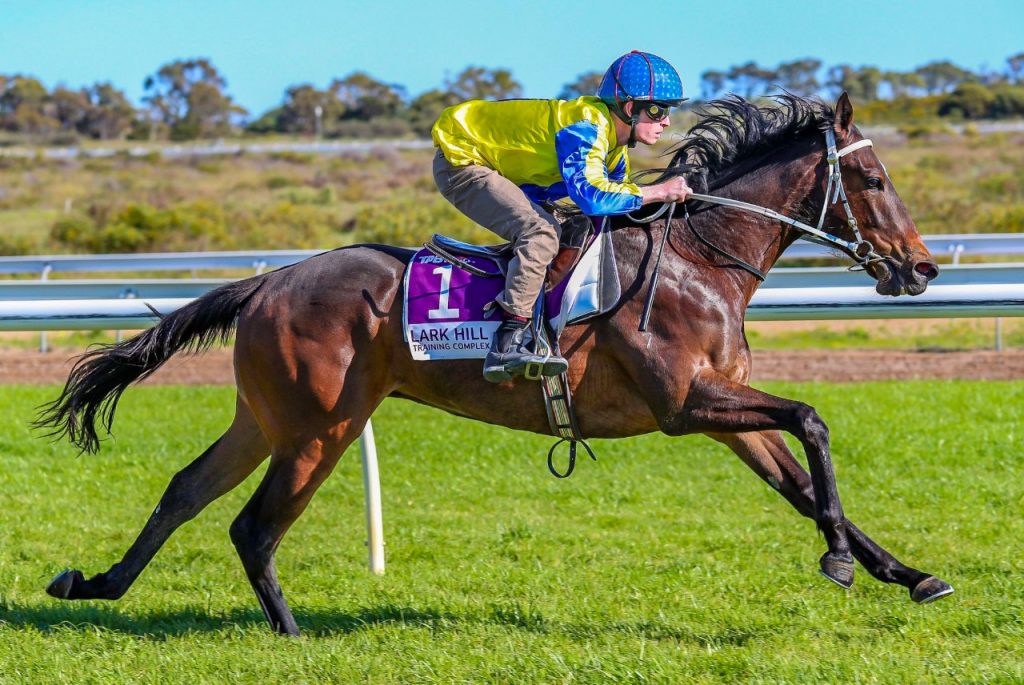