Kaplumpich has booked his spot in the $500,000 Melbourne Cup Carnival Country Final (1600m) following a win against the odds at Cranbourne on Friday night.

Despite racing three-wide without cover, the All American 4yo surged clear in the straight for a one-length victory in Heat 2 of the Country Championships. The first two home in the 8 Heats will earn a start in the Country Final to be run at Flemington on VRC Oaks day, November 7.

Kaplumpich was originally trained by Darren Weir and has thrived since transferring to Kevin Corstens. A $70,000 yearling at the 2017 Adelaide Magic Millions, he races for a large syndicate managed by Brae Sokolski.

“He’s really firing and loves Cranbourne,” Corstens said. “He’s a happy horse and responds to all the attention down here.”

Winning jockey Ethan Brown is looking forward to the half-million dollar grand-final at Flemington. “That was a good win tonight and he’s improved again since his win here last month. He loves the beach and his coat is coming through. It’s onwards and upwards to the big race.”

Kaplumpich won twice at Moonee Valley this time last year and is one of three winners by All American from Hussonet mare Illusionary. The first of them – Invisible – won a Canterbury maiden for Team Hawkes before transferring to Hong Kong where he claimed another three races for Caspar Fownes.

All American stands at Geisel Park Stud and his up-and-coming stayer Looks Like Elvis is also on track for a big-ticket victory in the $400,000 Cranbourne Cup (2025m) on Sunday.

Trainer Brian Dais sent him south after a Brisbane hat-trick and he was far from disgraced when sixth in the G1 Turnbull Stakes (2000m) at Flemington last week. “He travelled well and gave a nice kick when we got a bit of room halfway down the straight,” jockey Declan Bates reported. “He peaked on his run in the last 100 metres but it was a really good run.” 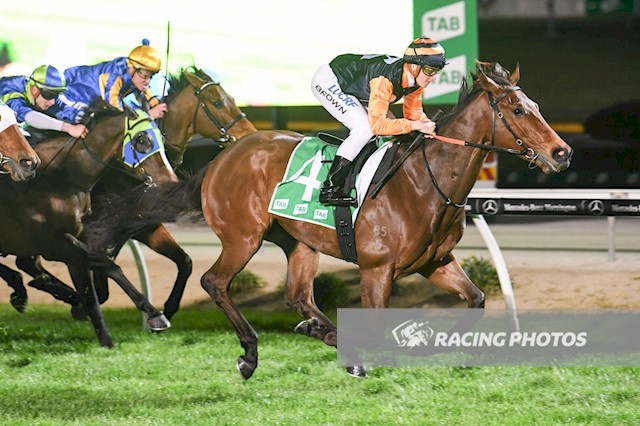