Cambist confirmed she is a filly with a bright future after plotting a short-cut to victory on Wednesday.

The Gingerbread Man 3yo belied her lack of race experience when resuming in a 1200m maiden at Ascot. She sat midfield on the rails behind Pambella (Playing God) and then tracked the favourite into the race before angling off heels to win by three-quarters of a length.

“Steve (Parnham) rode her well,” trainer Robyn Lockwood said. “She showed ability last season even though she wasn’t really a 2yo and will only get better and better over longer distances.”

Cambist is owned by Bill Godecke and had raced twice at Ascot in April for a debut placing behind Silkinize before a close-up fifth to War Saint on a Heavy 8. Nevertheless, punters ignored that form-line and let her drift from $5.50 out to $12 first-up.

“I was happy when she found the favourite’s back,” Parnham reported. “She travelled and I was pleased with the way she found the gap, then kicked to find the line. I want to stick with her.”

Cambist’s dam Calico Blue (Serheed) won a LR Jungle Dawn Classic and Geraldton Cup among a dozen victories for owners Kim and Carol Fleay. She was purchased by Yarradale Stud in 2015 and her first cover at Gidgegannup was to Gingerbread Man.

Calico Blue has a 2yo colt named Denim Wars (War Chant) with Dan Morton and a yearling colt by Heritage.

Gingerbread Man (Shamardal) stands at Yarradale for a $4,400 (inc GST) service fee and his recent strike-rate has been headed by LR Farnley Stakes winner Neurological. There’s more black-type on the horizon with Achernar Star racing second-up in the G3 Northerly Stakes at Ascot this Saturday. 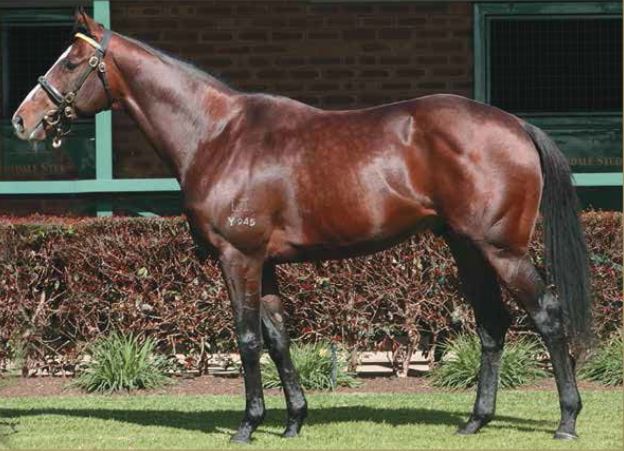