Group 1 stallion All American is off to a dream start at stud in Western Australia with his brilliant 2yo filly Too Spicy.

The Dion Luciani-trained youngster showed a terrific turn of foot to win the TABtouch Plate (1000m) at Ascot on Saturday.  She exploded when given rein by Jade McNaught to score by more than two lengths from Datalka and Almatalk.

Too Spicy is the first locally-bred starter by All American who originally stood in the Hunter Valley before transferring to Eddie Rigg’s Geisel Park Stud in WA.  He subsequently sired Group 1 classic winners Yankee Rose and Dark Dream.

His Perth filly was beaten a nose by stablemate Bumper Humper on debut in the Initial Plate a fortnight ago and Luciani was confident she would keep improving.  “She got bumped first-up and was showing signs that run had switched her on.  She looked a bit lost on the corner but when Jade gave her a dig, she really put them away!

“She’s in good nick and there’s a lot of upside.  I will talk to the owners but I don’t see why she can’t come here and do it again in two weeks before we give her a break.”

Too Spicy is a homebred for Geisel Park manager Conor Dunlop, his fiancée Rachel Skinner and Karen Fernie.  They sourced her dam Arctic Aura (Pitleco) from an on-line auction and she will be bred back to All American.

“I’ve had a bit to do with the All Americans having broken-in his Geisel Park yearlings and they are easy-going, lovely horses to deal with and that makes our job much easier,” Luciani said.  “This filly is a professional and I love the way she flattened out today.”

So did McNaught.  “That was super,” Perth’s leading apprentice agreed.  “When I gave her some room, she gave me a few gears.  I couldn’t hear anyone coming so she was a bit further in front than I thought.  And it took me a while to pull her up!”

Geisel Park welcomed a full-sister to Dark Dream last week and breeder Mary-Ann Basson has their dam Buchanan Girl (Lion Hunter) going back to All American.  The Group 1 winning son of Red Ransom is still open for late bookings at a $6,600 service fee. 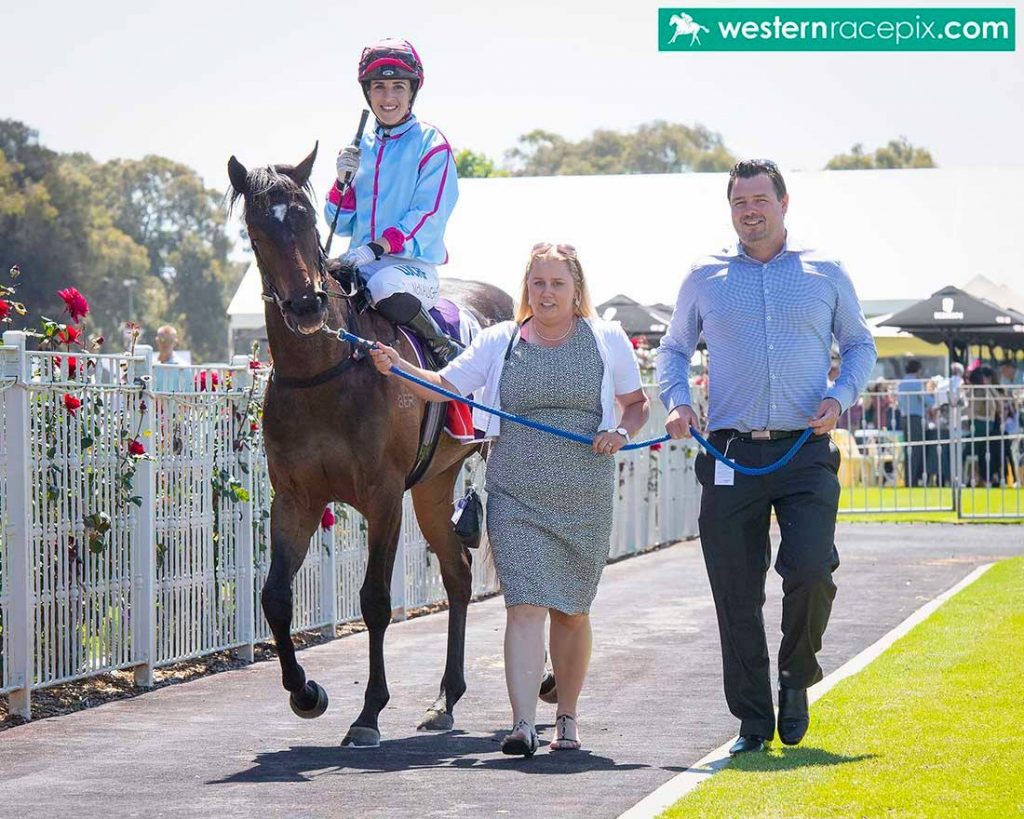