Oakland Park stallion Sessions was represented by his third winner in a fortnight when Chatter Session scored a front-running victory in the Western Racepix Maiden (1200m) on Wednesday.

The Ascot result came hot on the heels of Old Mick (Bunbury) and Boomtastic (Ascot) who have helped Sessions take an early lead on the WA second-season sires’ premiership.

Chatter Session (3f Sessions – Miss Margene by Flying Spur) was racing first-up following an initial prep that produced two placings a Belmont in July.  Despite leading into a gale down the back straight, she kept finding to score by two lengths from Jaguar Grey (My Admiration) and Dance Cockey (Galah).

“I wanted a sit but decided to take up the running even though it was a strong headwind,” jockey Brad Parnham said.  “She was in control and then I let her rip at the top of the straight.

“She was good in a trial at Lark Hill last week and, as long as she kept out of trouble, I was pretty confident today.”

Miss Margene comes from a Bellbridge Park family going back to Rogan Josh, Machine Gun Tom and Corporate James.  She has a 2yo gelding named Ginger Green (Gingerbread Man) with Steve Wolfe and a yearling colt by Snippetson.

Sessions (Lonhro) was trained by Peter Snowden for Sheikh Mohammed and won 5 of his first 8 starts culminating with Group 2 victory in The Shorts (1100m).  He also flew home for a close third to Buffering in the G1 Manikato Stakes at Moonee Valley. 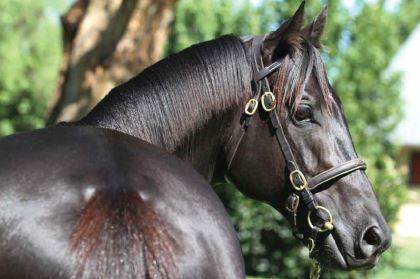