Cuballing is destined to make the grade in sprinting ranks after an unbeaten start to his career for trainers Robert & Todd Harvey.

The Patronize 3yo won from an outside barrier on debut at Bunbury earlier this month and overcame another wide gate at Ascot on Wednesday. “It was a super run first-up and I thought he had done just enough today,” Todd Harvey said after Cuballing got the better of a prolonged duel with Missing Pro (Proart). “We’ve been patient and he will have one more run before another break.”

Harvey gave credit to Troy Turner for a positive ride the Kirin Megumi Hcp (1000m). “He crossed to sit outside the leader and was still strong through the line. He’s still developing and we’re nowhere near the bottom yet – his wither hasn’t even come right up!”

Cuballing was retained by Queenslea Park owners Allan, Helen and Aaron Morton after being withdrawn from the 2018 Perth Magic Millions. His older brother Boyagin was exported to Singapore after winning second time out at Ascot in April.

Their dam Initial Outcome (Xaar) was runner-up in the 2009 LR Gimcrack Stakes before a never-nearer fourth to Gold Rocks in the G2 Karrakatta Plate.

Turner took over the reins from Jason Brown at Ascot and he expects the gelding to go through the classes. “He’s a casual dude and that temperament will take him a long way. He put half a length on the leader and then stargazed and wandered. He’s still learning the craft and has everything going to train on and be a handy horse.”

Patronize (Redoute’s Choice) owns a winning strike-rate in the stratosphere at 71%. He stands for a $4,400 fee at Darling View Thoroughbreds alongside Lucky Street (Oratorio) who is available for $5,500. 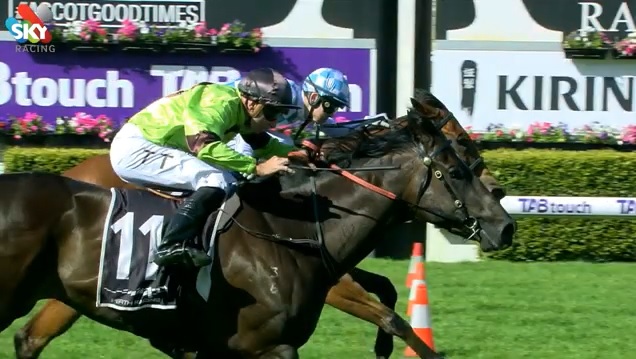