Forced to race three-wide, he moved forward at the half-mile and forged to the lead close to home for a short-head victory over Forceful (Hard Spun).  “I wasn’t confident in the run and I didn’t even think he could win at the 50-metre mark,” Kersley admitted.  “It’s not often they come from behind to beat Willie Pike.

“He’s a genuine stayer and I thought it was a great performance today.  We will keep him at 1800m next time and then perhaps put him over further ground.”

Taxagano is a homebred for Rod Lukatelich and is one of five winners from Taxa (Carry A Smile).  He has won 8 times in 38 starts for prizemoney of $411,875 and had already earned minor black-type in the 2017 Melvista Stakes and 2018 R J Peters Stakes

Rogano (Redoute’s Choice) is a younger brother to Arrowfield Stud champion Not A Single Doubt with a winning strike-rate of 58%.  Originally based at Oakland Park, he’s currently covering an initial book at Boallia Farm for a $4,400 service fee.

Oakland Park’s winning run had continued earlier in the day with Not To Be Mist in the TABtouch Westspeed Plate (1400m) at Ascot.  The Danehill Express 4yo was bred at Oakland Park and is a three-quarter brother to Express Service (Magic Millions Perth 3YO Classic).

Not To Be Mist’s dam Misty Donna (Marooned) was subsequently sold to NSW breeder Ann Taylor and has a yearling colt by Spendthrift Australia stallion Jimmy Creed (USA). 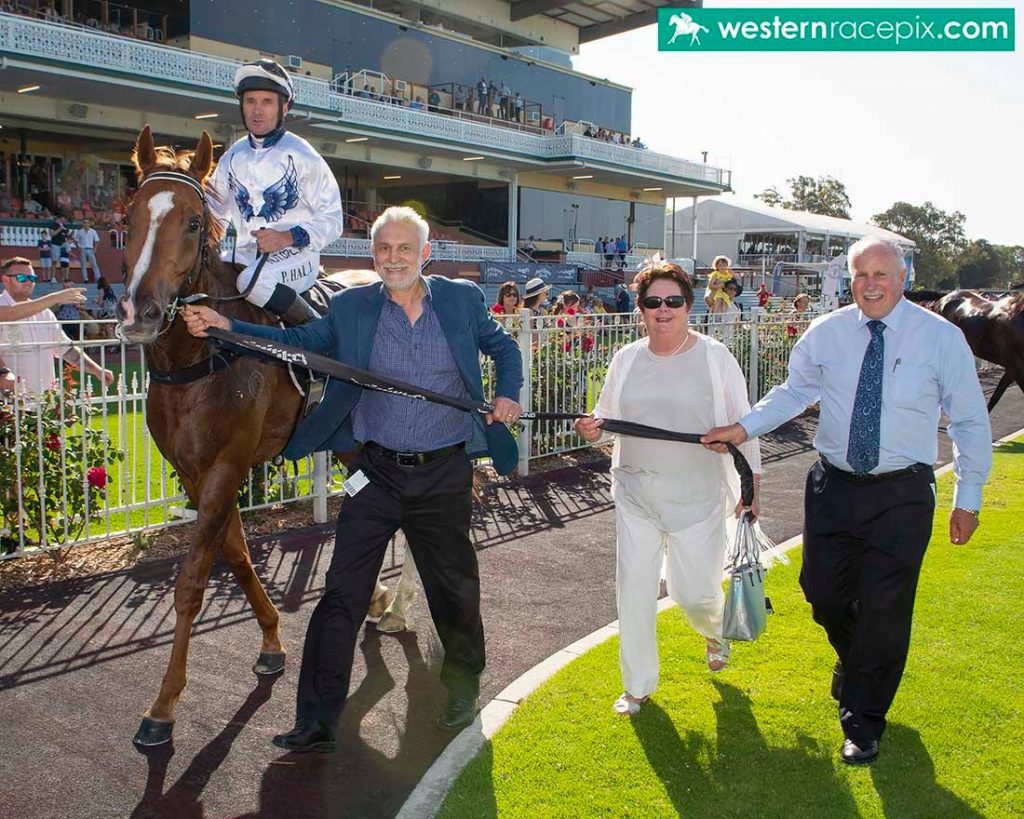