Former WA sire Rockferry (NZ) sired his first winner on Friday when Go It Alone prevailed on debut at Warrnambool.  The 3yo gelding is trained by Lindsey Smith locally for owner-breeder Geoff Evans.

Go It Alone won the All New Corolla Sedan Highweight (1700m) under Irish jockey Shane Jackson who had to lose 5kg to make 67kg!  “It was hard work but it was worthwhile,” Jacko gasped after the front-running victory.  “I’m usually in a good paddock at the end of jumps season.

“He’s a nice horse and wanted to look around in the lead.  He ran right through the line and will go further and further.”

Rockferry ran fifth as the $4.20 favourite in the 2009 G1 Victorian Derby but wasn’t seen again for 18 months after suffering a serious tendon injury.  He stood privately for two years at Key Farm before his death in April 2016. 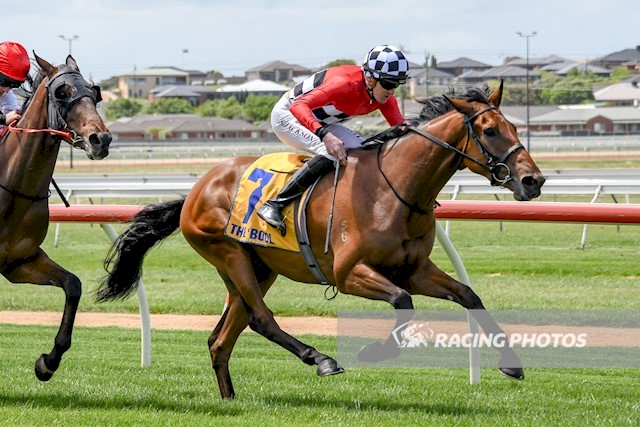