Regal Power created his own piece of history for Peters Investments on the opening day of the TABtouch Masters at Ascot on Saturday.

He became the first horse to complete the WATC Derby – Railway Stakes double in the same year since Florrie (War Cry) in 1895.

Regal Power (4g Pierro – Broadway Belle by Redoute’s Choice) was last on the corner but ranged up to a wall of horses in the straight and won running away from Godolphin raider Best Of Days (GB) and local 3yo Platoon.

“I enjoyed this one a lot more than my others,” champion jockey Willie Pike said when comparing this year’s Railway to his previous winners Galaxy Star (Redoute’s Choice) and Elite Belle (Canny Lad).  “The pressure was off a bit after we drew the wide barrier.   I just winged it and actually had a pretty good run.

“His character kicked in at the furlong and he never laid down.”

Owner-breeder Bob Peters also won the 2018 WA Derby with Regal Power’s older brother Action.  “Everyone dropped off him,” he said.  “But you only had to look at his WA Derby sectionals – it was a huge effort – and that’s why we rated him the best of our three entrants.

“We were going to send him to Sydney but decided to save him for this race.  We also saved the blinkers for today, too.”

Regal Power will go to the G1 Kingston Town Classic (1800m) in a fortnight and there’s also the G2 Ted van Heemst Classic (2100m) at weight-for-age later in the month.

Co-trainer Grant Williams said he was delighted to capture another Group 1 in the cerise and white silks.  “His Derby win was special and this was another Grand Final.  We thought adding the blinkers would just get that bit extra out of him.”

Peters and his wife Sandra are long-time members of Thoroughbred Breeders WA and the Cottesloe couple haven’t looked back since bringing Old Spice (Kaoru Star) to WA in the 1980s.

Regal Power has firmed into $8 to add his name to the Kingston Town honour-roll on December 7. 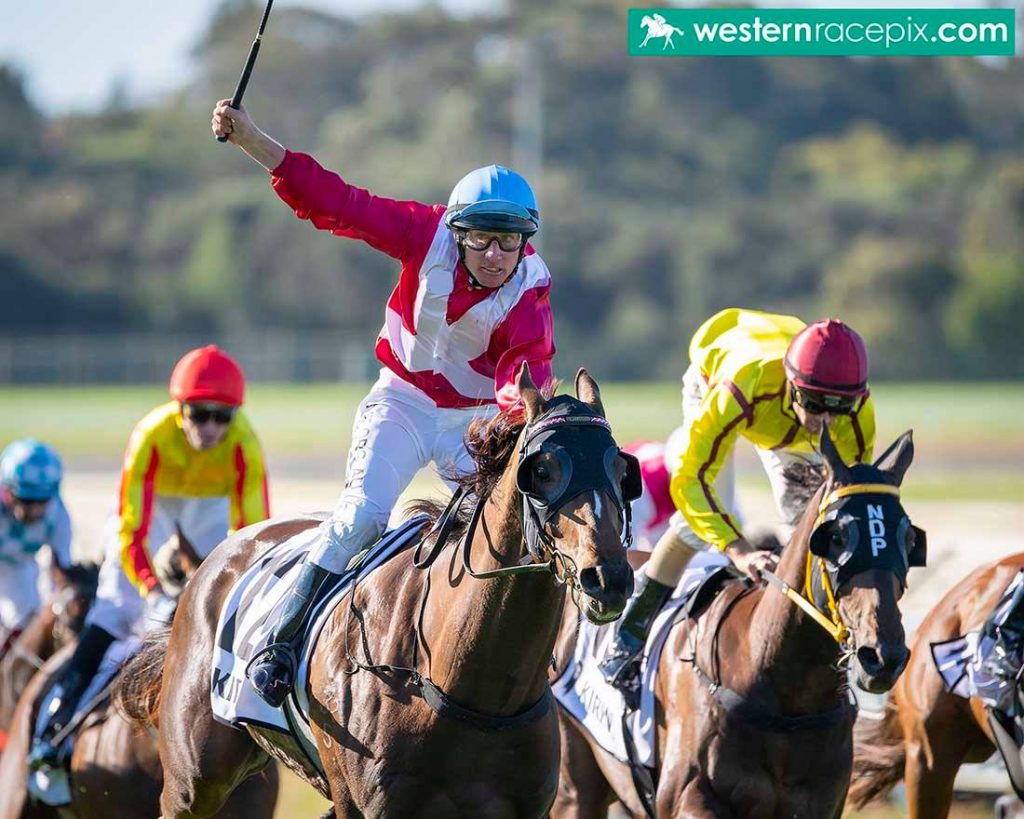