Yarradale Stud is looking forward to the summer carnival with Sir Mambo and Missile Launch after they commenced Ascot’s November program with a winning double on Saturday.

Sir Mambo is by Yarradale champion War Chant (USA) and is assured of a start in the $100,000 Westspeed Platinum Series Final on November 30 after winning Heats 1 and 2 in the last fortnight.

He broke a string of minor placings on October 19 and was good value for a half-length victory over Playing God pair Lacevinsky and Nerodio on Saturday. “He’s always shown a lot of ability but has taken a long while to come to hand,” trainer Martin Allan said. “I remember Jarrad (Noske) telling me last year that once he learns to win, he will keep on winning.

“He’s a big-striding horse and, although he will get his share of weight in the Westspeed Final, I think he can run in the top three.”

Sir Mambo was purchased by Allan for $10,000 out of the De Grey Park consignment to the 2017 Perth Magic Millions. He’s a half-brother to 2014 Magic Millions 2YO Classic winner Cadenza (Oratorio).

Their dam Lady Mambo (Seignorial) won twice at the Victorian provincials for Lindsay Park and is a half-sister to G1 Toorak Hcp winner Barely A Moment (Gilded Time).

Missile Launch will be set for the G2 Perth Cup on January 4 following his return to the winner’s circle on Saturday. He controlled proceedings outside the leader and then fought back when challenged in the Arlec Australia Hcp (2200m).

“He hasn’t won for a while but has had a few breaks in that time,” part-owner and trainer Vaughn Sigley explained. “He’s sound as a bell but has been hampered by several allergies.

“We’ve always thought he would be a stayer. The Perth Cup is the plan and we may race him at Pinjarra and Bunbury along the way.”

Yarradale purchased his dam Takeiteasyedye (Opening Verse) for $30,000 at the 2013 Inglis Easter Broodmare Sale with a PPT to Smart Missile. She won 10 races in New York and her dam Jungle Dawn won the 1987 Railway Stakes at Ascot before relocating to Kentucky. 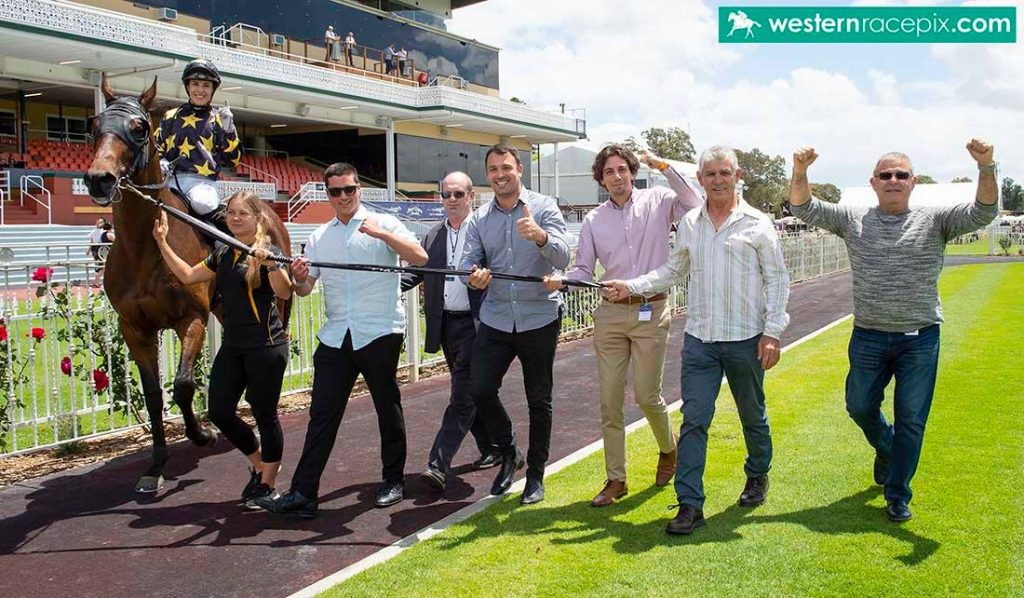