All American bursts through $20 million milestone

All American started December by breaking through $20 million in world-wide earnings and he finished the year as the leading active sire in Western Australia.

The Geisel Park stallion sired his first winner when Invisible scored on debut for Team Hawkes at Canterbury in December 2013. His strike-rate hasn’t waned since then with current stats of 187 individual winners of 507 races in 11 countries.

All American has gone to another level since transferring from the Hunter Valley to WA. His Champion Filly Yankee Rose completed a Group 1 double at Randwick in the 2016 ATC Sires’ Produce Stakes and Spring Champion Stakes and his Brisbane 3yo Dark Dream added another Group 1 in the 2018 Queensland Derby.

Geisel Park owner Eddie Rigg added some more interesting stats after his 2yo filly American Choice won the Crown Towers Plate (1100m) at Ascot on December 21. “All American has already sired more juvenile winners than WA’s Champion 2YO Sire achieved throughout last season. And it’s not even Christmas!”

American Choice joined Too Spicy and Our Danni who also won at Ascot in October and November respectively. They are among All American’s first WA-bred 2yo crop and he’s taken a commanding lead on the 2019-20 table with earnings of $228,200. Demerit is next best on $120,600.

Rigg bred American Choice from Elle Choisit (Choisir) who won 7 races around the provincials before signing off with a Belmont victory for owner-breeder Doug Wilson. Her latest foal is a yearling filly by Geisel stallion Vert De Grece (Ire).

American Choice was educated by Dion Luciani and pre-trained by Liz Strempel before going to Simon Miller. She has been nominated to start 2020 on a winning note for All American in the TABtouch Better Your Bet Plate (1000m) on January 4. 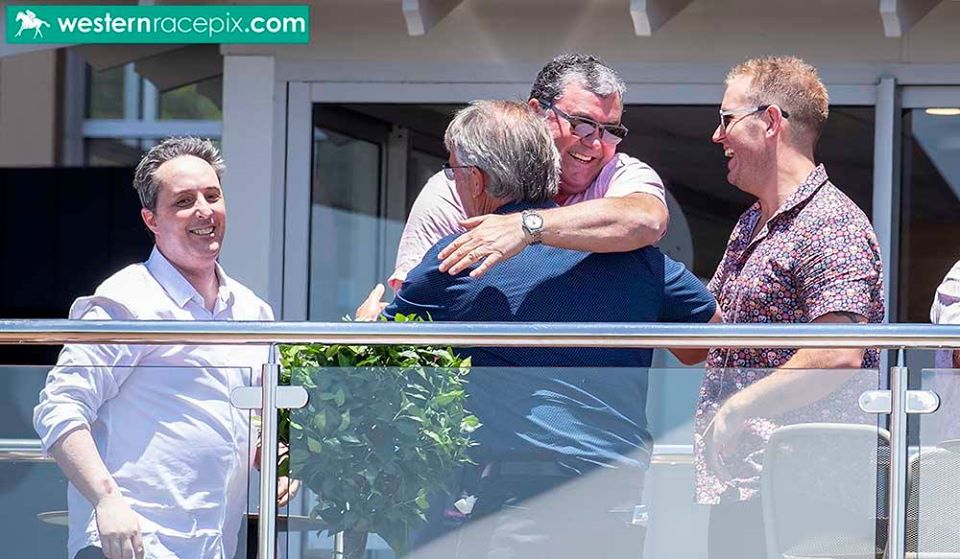