Magic Millions launched the Perth catalogue last Friday and This’ll Testya stunned the large crowd on hand for the Group 1 Kingston Town Classic.  The Testa Rossa mare had won her maiden by four-lengths on debut at Bunbury last month and she increased that margin to six lengths in town.

“She did that in a canter!” champion jockey Willie Pike exclaimed after the front-running procession.  “She just wanted to rush it and will be devastating when she learns to settle.”

This’ll Testya was bred and sold by Dawson Stud for $52,000 at the 2017 Perth Magic Millions and the Myalup nursery will present 17 lots in the Swan Valley on February 17 and 18. 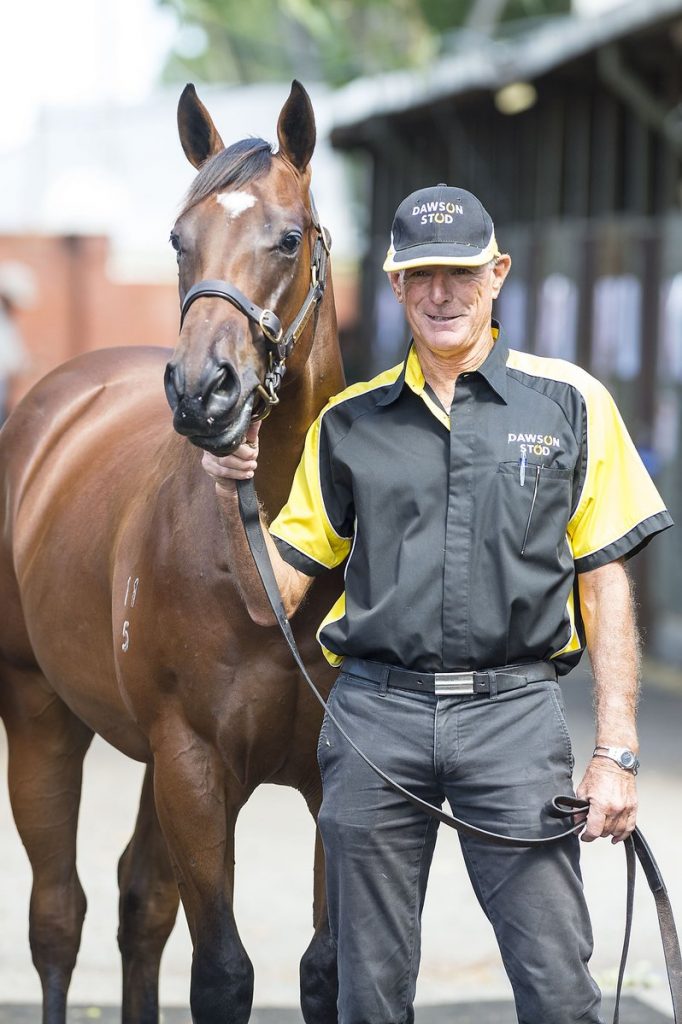 There are no more yearlings by Testa Rossa, however, 11 of those lots being prepped by Dawson proprietor Graham Daws (pictured) and stud manager Peter Dowdell are by stallions based in the Eastern States.

“The Sale has a strong contingent of yearlings by interstate sires on Day 1 and that will draw local and visiting trainers,” Daws said.  “They will all be looking for likely types to syndicate and Perth represents real value.”

Dawson starts with BOBS-eligible colts by Hinchinbrook (Lot 8) and Nicconi (Lot 13) and Daws rates them among his drawcards on looks.  The Hinchinbrook is a half-brother to Dendee (LR Sheila Gwynne Classic) and the Nicconi is from a city-winning daughter of Group 1 mare Ateates.

Another Hunter Valley representative is Star Turn who is part of the new guard at Vinery Stud following the retirements of Testa Rossa and Mossman.  His colt catalogued as Lot 118 is the first foal out of Tiffany’s (High Chaparral) who won up to 2200m at Ellerslie for trainers Murray Baker & Andrew Forsman.

“I purchased Tiffany’s and then the New Zealanders bought her back when her half-brother Ping Hai Star won last year’s Hong Kong Derby,” Daws recalled.  “It’s a very strong pedigree and Star Turn appeals to me as one of the more commercial stallions among first-season stallions at next year’s sales.”

“Mystically is an unraced daughter of multiple Group 1 winner Nastique who fills the rest of the page,” Daws added.  “There’s about 10 stakes winners in North America and Europe under the second dam.”

The penultimate lot on Day 1 of the Perth Sale is by Zoustar (Lot 180) and Daws regards her as one of his best fillies heading to the Swan Valley.  Her dam Clobberetta (Exceed And Excel) won two sprints at Belmont and she is a half-sister to Stormy Nova (G3 Champion Fillies Stakes).