Sydney filly Fituese is giving Lynward Park Stud and the EvH brand a good sight this season with wins at Newcastle, Warwick Farm and Canterbury.

The 3yo daughter of Deep Field is trained by John Thompson at Randwick for a Prime Thoroughbreds syndicate and she didn’t look out of place in black-type company when beaten a length and change in the LR Gosford Guineas (1200m) on December 27.

Lynward Park bought her dam Cattalo (Tiger Hill) for $30,000 at the 2016 Inglis Easter Broodmare Sale.  Her second-dam Mannerism won a G1 Caulfield Cup and she was sold in foal to Deep Field.

“She’s an exciting filly,” Prime manager Joe O’Neill said.  “She clocked 56.45s for 1000m at Warwick Farm and it was a demolition job at Canterbury.”

Cattalo has a Trade Fair 2yo named Stella Fair with Adam Durrant plus a yearling filly and a filly foal by Lynward Park sire Mahuta.

Salon Du Cheval was also on the mark for Lynward Park in the Port Fairy Cup (1400m) at Warrnambool on December 19.  He was transferred to Victoria following an unplaced effort behind Spiritual Warrior at Belmont in July.

The Trade Fair stayer had won at Northam on debut as an autumn 4yo in May 2018 and the belated start to his career didn’t stop Salon Du Cheval racing through the classes in WA.  “He’s very tough,” trainer Lindsey Smith said.  “We were thinking about pushing ahead to the 2019 Perth Cup before he hit the wall.”

Smith has nominated Salon Du Cheval for the Koroit Cup (1700m) at Warrnambool on January 5. 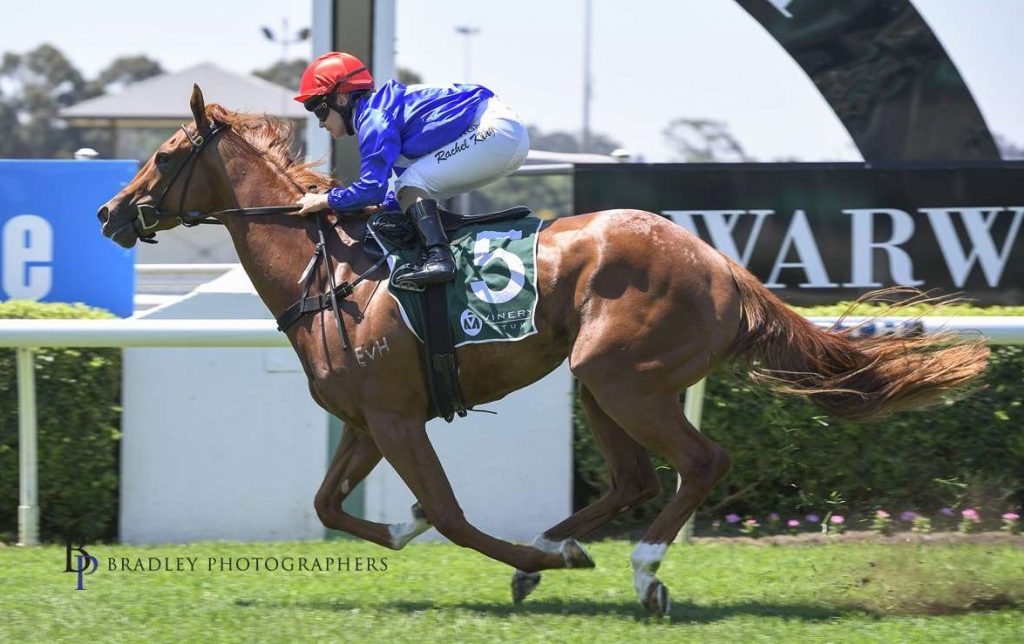