Mungrup Stud stallion Playing God created history at Ascot on Saturday when he became the first G1 Kingston Town Classic winner to go on and sire a winner of Perth’s signature weight-for-age event.

His filly Kay Cee won the 2019 edition of the Kingston Town after being given the run of the race by jockey Steven Parnham. She settled fifth from an inside gate and then finished gamely to overhaul front-runner Gailo Chop (Fr) by a half-length.

“Playing God was my first Group 1 and it’s still a most special moment,” Parnham said. “But now to win a Group 1 race with his progeny is unbelievable.

“The pace was pretty solid so I was happy to watch it unfold. Gailo Chop gave me a good cart into the race and when he rolled off the fence I went up on the inside. It was perfect.”

Kay Cee only began her first prep in August when she won a Belmont maiden second time out for owner-breeders Greg & Kathy Edwards. Trainer Neville Parnham stepped her up to black-type company and she responded to win the LR Burgess Queen Stakes before being placed in the G3 Champion Fillies and G2 WA Guineas.

Playing God won the 2010 and 2011 Kingston Town Classics for Parnham snr and he was confident she could graduate to a Group 1. “She showed ability but we decided to hold back until she turned three. We’ve been patient and she has improved out of sight since we added blinkers.”

The winner’s share of Saturday’s prizemoney sent Playing God’s earnings this season to $1,465,030. He’s currently the leading active stallion in WA and second only to his own sire Blackfriars.

“It’s quite exciting because I believe in Playing God. We didn’t geld him and he just kept winning here and running placings over east in races like the Australian Guineas, Turnbull Stakes and Australian Cup.

“It is great to have him as a sire in Western Australia and hopefully he can fill the void left by Blackfriars.”

Playing God has 13 yearlings on account of Mungrup Stud at the 2020 Perth Magic Millions on February 17 and 18. 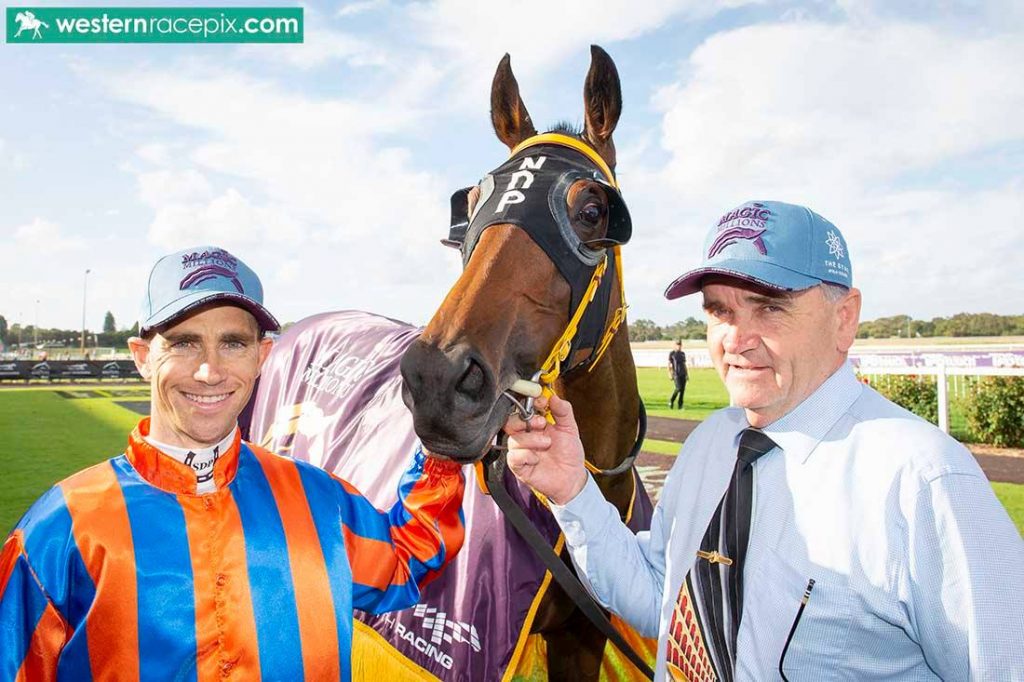