We’ve Got Dreams has speed to burn which was abundantly clear in the Mrs Mac’s Plate (1000m).  She duelled with fellow flyer Mia Dolce from the get-go and they put a space on the rest of the field rounding the home turn.

Instead of bringing each-other undone as expected, they maintained a margin to the line in a slick 58.02s.

“She was too quick out of the gates to take a sit,” jockey Kyra Yuill admitted.  “It was tough going in the lead and she started paddling in the last few strides so I wasn’t sure whether we held on.”

We’ve Got Dreams (3f Universal Ruler – Hidden Dreams by Key Business) had finished fourth to Specialism on debut at Ascot during a short autumn prep in May.  She resumed with an on-pace placing at Bunbury before trainer Michael Lane sent her to Albany for an odds-on maiden win as a stepping-stone to city company.

Scenic Lodge champion Blackfriars also sired a galloper going places after Mr Genoa won the $100,000 Country Championship Final (1200m) on Saturday.  He was slowly away under 62kg but mustered speed under Willie Pike before taking a rails run inside the leader Nemiroff.

Mr Genoa had won a Northam maiden for Geoff and Vicki Durrant last year before transferring for a significant six-figure sum to Darren Weir in Victoria.  He won over there but was subsequently put on the market to be purchased by trainer Luke Fernie for $20,000.

Fernie won three in a row with Mr Genoa in Kalgoorlie and was confident of winning his first city race at Ascot.  “Willie is a magician and it’s great to get the monkey off my back in town,” he said.  “I copped a fair bit of flak for buying him but that’s mud in the face of those people who were giving it to me.”

Blackfriars sired him from Jean (Volksraad) who won at Awapuni and Ascot.  The NZ-bred mare is owned by the Durrants and she’s been as regular as clockwork with Scenic Lodge stallions in recent years.  She has an unraced 3yo filly (Ruby Jean) and 2yo filly by Blackfriars before following up with a Snippetson filly and a Universal Ruler filly foaled in October.

Scenic Lodge has catalogued the majority of yearlings from the final crop by Blackfriars going to the 2020 Perth Magic Millions on February 17 & 18 including the Day 1 full-brother to Friar Fox (LR Natasha Stakes). 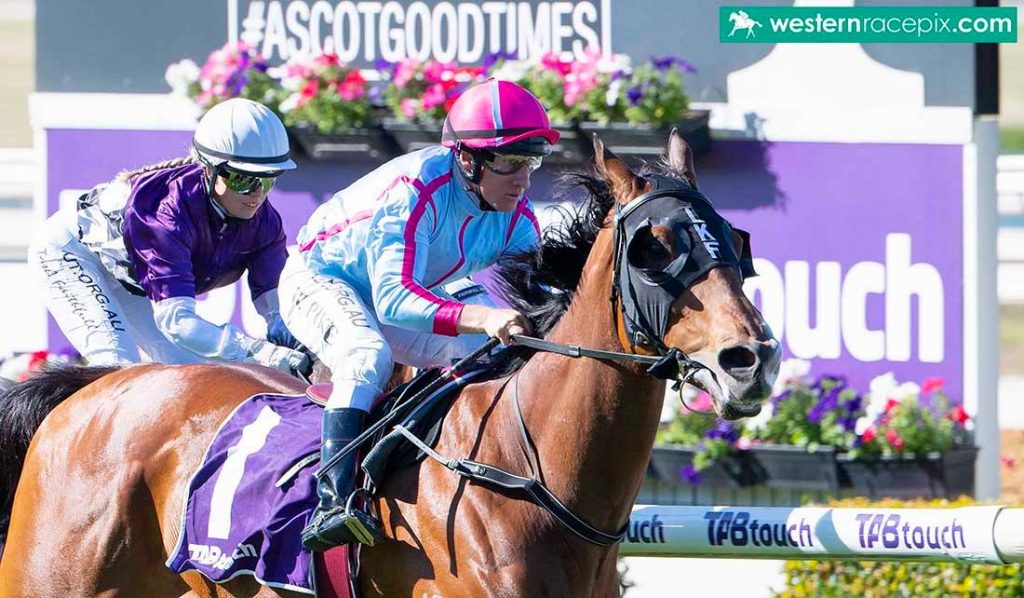