Widely-travelled galloper Top Laurels has broken his duck in New Zealand with a powerful finish under jockey Jason Laking at Riccarton Park.

He has now won in three jurisdictions following Friday’s victory in the Dunstan Horsefeeds Hcp (1800m).

Top Laurels is trained by Paul Harris and races in the colours of part-owner Gordon Fulton. By Yarradale Stud’s champion sire War Chant (USA), he was bred and sold by Gold Front Thoroughbreds to agent David Raphael as a yearling for $200,000.

Raphael rated him the best colt at the 2014 Perth Magic Millions. His dam Innsbruck (Commands) is a half-sister to 2014 Magic Millions 2YO Classic winner Unencumbered.

Registered as Suborics in Australia, he won 4 times in Sydney prior to a transfer to Hong Kong where he earned HK$1.94 million for owner Eddie Wong. “He’s a talented horse but hasn’t been suited by stop-start tactics recently,” trainer Manfred Mann said after his victory in the 2017 JRA Trophy (1650m) at Happy Valley. “He’s been carrying his head high so we’ve been training him in a hood but take it off on race day.”

After a run of outs, he made a further move earlier this year to Harris at Rangiora. The Group 1 winning trainer had also returned home to NZ two years ago after stints with Peter Moody and Darryl Hansen in Australia.

War Chant has 18 yearlings entered for the Magic Millions with 13 on account of Yarradale. 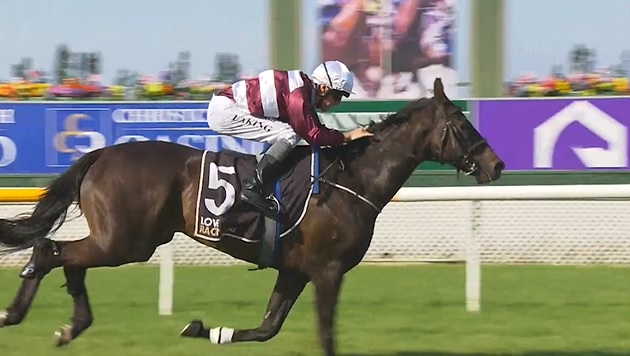