Tycoon Storm was a class above her rivals when she got down to the business of winning the Furphy Maiden Hcp (1400m) at Bunbury on Sunday.

The Lindsey Smith-trained filly had been backed into a red-hot $1.60 favourite and was always travelling like a winner for Clint Johnston-Porter.  She let Embassy Square run along in the lead and then swooped at the top of the straight to win by three lengths hands-down.

Tycoon Storm (3f Written Tycoon – Gibraltar Storm by Rock Of Gibraltar) put the writing on the wall when runner-up on debut at Northam last month.  She is a younger half-sister to Reykjavik and, like the stakes winning sprinter-miler, is raced by Rapid Equine owner Neil Irvine and his wife Annette.

Irvine also owns Balmoral Park at Bedfordale and stud manager Brian Collison recalled educating the filly at the property.  “She showed plenty of ability but we were always mindful of her being a Written Tycoon.  They can tend to be hot under the collar at times.

“It was a very impressive win but we’re not getting too far ahead of ourselves,” Collison added.  “Lindsey will take her through the grades and there’s a suitable race at Pinjarra in a couple of weeks.”

The win was also a special result for Smith.  It was his 50th since the stable expansion on May 1.

Irvine purchased Tycoon Storm for $150,000 at the 2018 Gold Coast Magic Millions Yearling Sale.  The pedigree has gone through the roof since then with Reykjavik graduating to feature wins in the LR Hannans Hcp in Kalgoorlie and Mungrup Sprint at Mt Barker.

He transferred east with Smith earlier this year and landed the LR Winter Championship at Flemington before claiming the G3 Chatham Stakes at headquarters during the Melbourne Cup carnival. 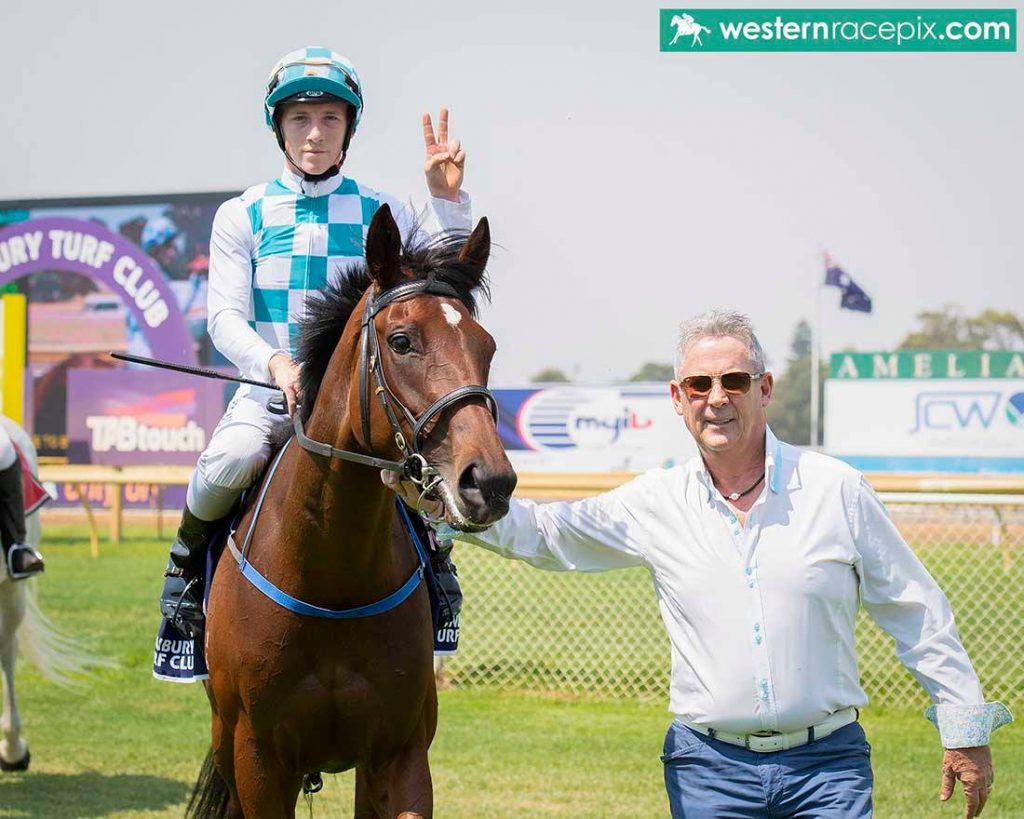