Western Breeders’ Alliance has been one of the success stories of Perth’s Magic Millions Sale since prepping its first consignment as recently as 2015.

The Alliance comprises Brent Atwell (Darling View Thoroughbreds), Phil Ibbotson (Westbury Park) and Wayne Beynon (Einoncliff Park).  “We agreed it would be a good idea to combine our yearlings over dinner during the 2014 Gold Coast Magic Millions,” Atwell recalled.  “Magic Millions manager David Houston joined us and he said it would really help focus our yearlings if they were under one banner.”

The first draft included The River (Magnus) who won the 2016 Magic Millions WA 2YO Classic and Enchanted Dream (Patronize) who emerged to win the 2017 Magic Millions WA 3YO Trophy.  Patronize stakes winner Chix Pic graduated from their second consignment to the Magic Millions.

WBA was on its way and in just five years the partnership has grown to such an extent it has catalogued the most lots of any vendor for Day 1 of the 2020 Sale.

“We’re pretty excited and all-up there are 33 lots over the two days,” Atwell said.  “The brand is growing and so is our reputation.  We didn’t have enough room to prep all the yearlings offered to us by breeders.”

Western Breeders’ Alliance has the first yearlings by Lucky Street and there’s a $50,000 bonus available from Darling View Thoroughbreds if any of his Magic Millions graduates wins the 2021 2YO Classic at Pinjarra.

Lucky Street (Oratorio) stands at Darling View and he was the first horse to win the Magic Millions 2YO Classic – Karrakatta Plate double in 2015.  “He’s got what breeders look for in spades…high-quality, early maturing speed,” Atwell continued.  “He’s by a champion juvenile sire and was a champion 2yo in his own right.”

The Lucky Street colt from Western Fever (Lot 137) is one of the standouts according to Atwell.  “His sire and dam both won Magic Millions Classics.  David (Houston) believes it’s the first time that’s happened at a Perth Sale.

“Trevor Andrews trained Lucky Street and rated him a superior colt with a great motor.  His yearlings are super strong and built in the same mould.”

Phil Ibbotson has entered a Lucky Street – Abitcryptic filly (Lot 144) and, on pedigree alone, she has enormous potential.  Her older half-relations Cryptic Love and Cryptic Wonder are both city-class fillies with combined earnings of $400k.

Another colt coming up to the Swan Valley from his North Boyanup farm is by Star Witness from G3 Lowland Stakes winner Molta (Lot 68).  The best of her foals so far has been the Jim Taylor-trained Gigante (Stratum) who won 8 races and over $400,000 for Perth owner Sam Trimboli.

The Western Breeders Alliance draft includes several yearlings bred in the Hunter Valley.  Among them are colts and fillies by Deep Field, Pride Of Dubai, Extreme Choice, Exosphere and Flying Artie.

Attunga studmaster Brian Nutt sold a Deep Field – Magical Belle colt for $150,000 on behalf of Darling View at the 2019 Gold Coast Magic Millions.  He has been named Muruntau and pleased trainer Bjorn Baker before going out for a spell earlier this month.

Magical Belle (Blackfriars) is also the dam of Enchanted Dream and she has a filly by So You Think catalogued as Lot 56 in the Swan Valley come February..

Atwell took over as President of Thoroughbreds Breeders’ WA in March 2017 and in a recent interview declared the WA industry, dollar for dollar, provided a great return on investment for local buyers.

The 2020 Perth Magic Millions Yearlings Sale is scheduled for February 17 and 18. 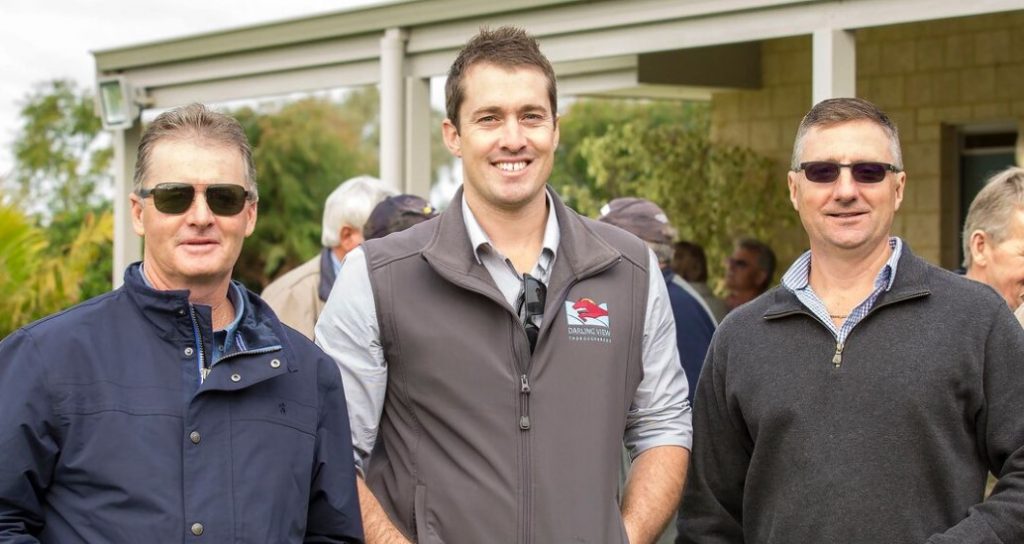