Secondly, Anderson bred the 5yo mare from Razyana (Danzero) while, importantly, he also owns Fabergino’s sire, Maschino who is frankly going gangbusters after a slowish start at stud.

But first back to the Summer Scorcher and Fabergino.  The Tiarnna Robertson trained mare initially appeared on the scene in April 2017 as an autumn 2yo and would win her first four starts.  An impressive entrée by any standards.

Wisely spacing her runs, Fabergino has only once been out of the top three in 10 outings, winning seven overall, while her most recent two starts have resulted in stakes victories.

With a dozen in work and a sideline in pre-training at her Bennett Springs stables, Robertson says Fabergino is her best racehorse thus far and a thrill to train.

“She showed a lot of ability from the very start, but she’s a big girl – 17.1 hands! – and has had a few issues as a consequence,” Robertson told Aushorse.  “We’ve really taken our time with her and the thing is, she just keeps getting better.”

That’s all music to Anderson’s ears who has been involved in the construction industry and owned horses for some 30 years, currently having 10 in work, including another winner by Maschino at Bunbury on Sunday in Lonsdale Lady.

“It was terrific to see Fabergino win on Saturday but even more so as two of the owners – Marty and John (Tierney) – flew out from Liverpool in England to watch her race.  They’ve come out five times now for her races and happily hopped back on the plane on Saturday night.”

Fabergino races in the same pink and grey shamrock silks as her sire Maschino who is by Encosta de Lago (115 stakes winners) from the multiple stakes winning Redoute’s Choice mare Tahni Girl.

“I purchased Maschino as a yearling (for $240,000 at the 2009 Inglis Easter Yearling Sale) and, based on his breeding, had always intended standing him at stud regardless of how he went on the track,” Anderson recalls.  “However, he ended up winning seven of his 22 starts, including the (G3) R J Peters and was multiple stakes placed, so it was a really a no brainer about a career as a stallion.

“So, I ended up standing him with John Andrew at Alwyn Park Stud and he really appears to be starting to hit his straps.”

Things were fairly quiet though in Maschino’s first couple of years at stud, but then Fabergino started showing ability and the stallion has since garnered wider appeal in the last three seasons with sizeable books.

Yet, while it was Fabergino shouldering most of the weight earlier, Maschino has really come into his own in the last 12 months with Snowchino winning the Listed Starstruck Classic just before Christmas and Cup Night capturing the Listed Raconteur last season before finishing second in October’s Northam Cup, while Cockney Crew finished a close second in the 2019 G2 WA Derby.

“I’ve got eight mares at our property (Lonsdale Park) and I alternate, usually giving them a year off, and we tend to race the progeny ourselves,” Anderson points out.  “That said, we’ve decided to sell a couple in Perth next month: a full sister to Fabergino and a full sister to Cockney Crew.  Should be interesting in light of how well the stallion is going.” 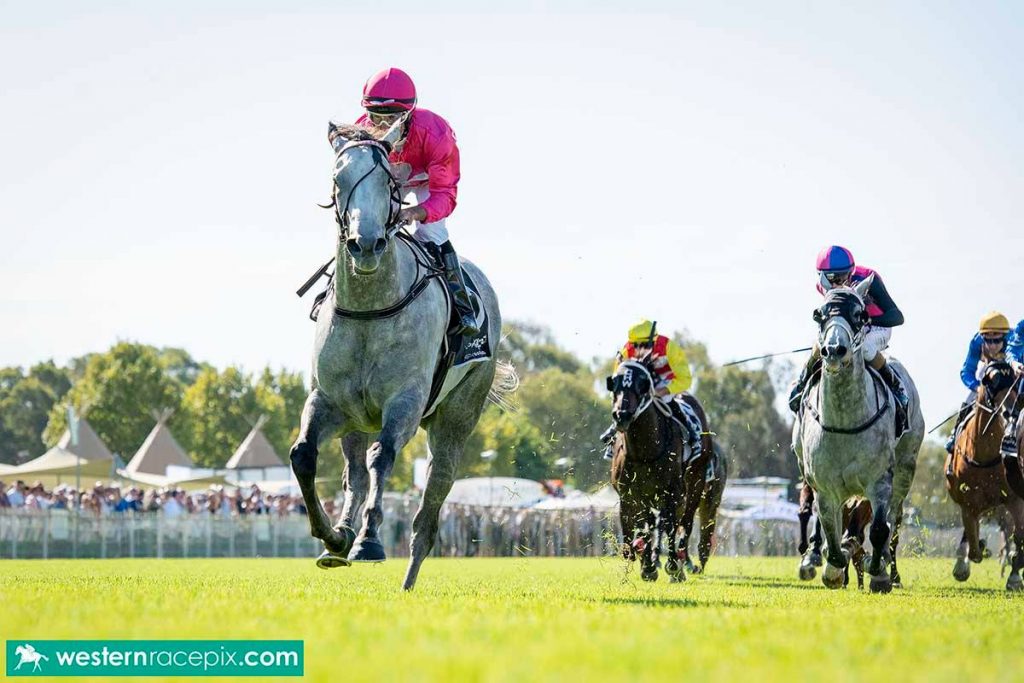