Neven Botica is an ardent supporter of War Chant (USA) and that patronage has paid off again with a running double at Pinjarra.

His 4yo homebred mares Dance Music and Flower Of War won in tandem last Saturday to bring their combined records to an amazing 13 wins in 22 starts for prizemoney and Westspeed bonuses totalling $730,700.

Botica and his racing partner Matthew Sandblom sent Dance Music and Flower Of War to Simon Miller and their sensational strike-rate is testament to his ability keeping them peaking and placed to advantage.

“Simon said we would be going well if one of them turned out okay,” Botica recalled last season. “But we got two so I suppose I better talk to Ron (Sayers) and book in again.”

Dance Music won the $100,000 Mandurah Cup (1400m) at Pinjarra and Flower Of War gave connections a race-to-race double with a front-running victory in the Hygain Hcp (1200m).

Stable apprentice Chloe Azzopardi gave Dance Music every chance with an on-pace ride before routing her rivals with a brilliant burst of acceleration at the top of the straight. “I’m grateful to the boss for keeping me on even though I couldn’t claim,” Azzopardi said. “She had been working off the chart so we were pretty confident.

“Running the 1400m right out was our only concern. I thought I might have gone too early but she kept kicking. It was a magnificent win and massive for me.”

Dance Music won last season’s LR Placid Ark Stakes and is the first foal of Ascot winner Fast Flowing (Dubawi). Her yearling filly by Sandblom’s sire Bull Point has been catalogued as Lot 135 at the Inglis Classic Sale on February 9.

Flower Of War’s dam Indian Flower (Husson) was subsequently sent to New Zealand and her grey filly by Botica’s sire Dalghar (Fr) had been entered as Lot 1140 for the NZB Karaka Yearling Series before being withdrawn.

War Chant (Danzig) has 13 yearlings among the 29 lotted for the Perth Magic Millions starting with the colt from Diamonds’n’dreams (Lot 5) who is a War Chant look-alike. 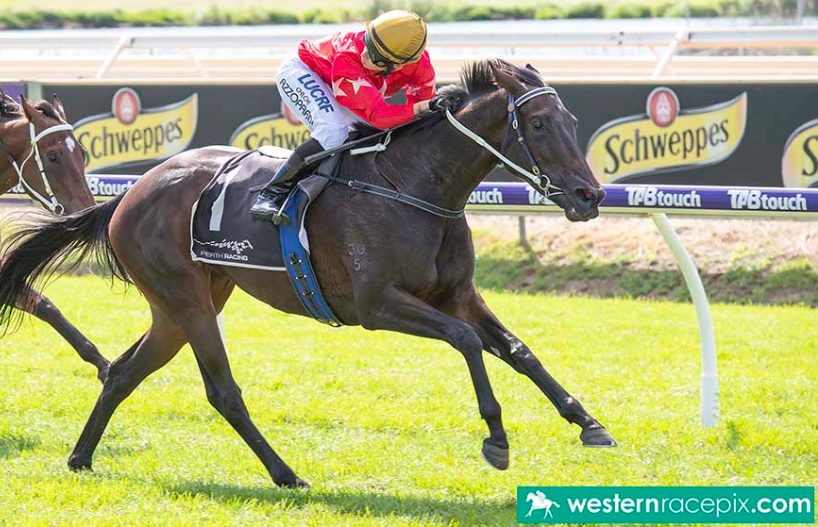