With close seconds in the two races leading into Saturday’s Group 3 La Trice Classic (1800m), leading owner-breeder Bob Peters wasn’t inclined to think it was going to be his day.

After all, his sole runner in the La Trice – Perfect Jewel – had been out of the winners’ enclosure since capturing the G2 WA Guineas in November 2017, while the free-wheeling Taxagano and last start stakes winner Spiritual Warrior were sure to provide plenty of competition to his trio in the G2 Perth Cup.

However, the Peters cerise and white would again rule the day with Perfect Jewel duly saluting in the La Trice and Mississippi Delta producing a barnstorming finish to give Bob and wife Sandra their ninth Perth Cup success.

Not surprisingly, Peters was delighted with his day at the office: “That La Trice was one of the fastest 1800m races in Perth for a long time and suited Perfect Jewel right down to the ground.

“As for Mississippi Delta, I was watching my other two runners (Star Exhibit and Royal Command) and then I saw her flashing down the outside,” Peters told Aushorse.  “Really, to get that far back over 2400m and win is a huge effort.”

Peters was undecided as to race plans for his two most recent Group winners but Mississippi Delta is likely to be aimed at some winter weight for age races in Perth following a deserved spell.  Her Perth Cup victory takes the 6yo mare’s record to 10 wins from 19 starts for $707,565 in stakes.

Mississippi Delta is among 129 stakes winners for the late and very great High Chaparral while the Perth Cup star is one of seven winners (from seven to race) for the Marooned mare Mississippi Belle – a Perth winner also bred by Peters.

Indeed, Peters would likewise bred Mississippi Delta’s grand-dam – the multiple winning Haulpak mare Bonus – from the imported So Stunning who would, in turn, go on to leave seven winners including Group 1 winner Old Nick plus stakes winners Lady Belvedere and Lady Belgrave.

All up, the three mares have left 18 winners from 19 to race and, remarkably, each of the seven stakes winners is by a different sire.

“So Stunning was a simply phenomenal mare and is one of the half or dozen or so families we really concentrate on,” Peter reveals.  “So Stunning was imported by Robert Holmes a Court and after he passed away, I bought quite a few of the Heytesbury Stud mares although So Stunning wasn’t one of them.

“As it turned out, I was selling a few mares myself at a mixed winter sale in Perth some time later and So Stunning was part of the Heytesbury draft which was stabled just across from us.

“I kept on going across to have a look and in the end I bought her.  Pretty glad now that I did!”

Peters would ultimately sell Mississippi Belle at the 2014 Inglis Australian Broodmare Sale for $130,000, where she would again be offered a year later – in foal to Testa Rossa – and knocked down to Belmont Bloodstock for $72,000.

“It’s all pretty exciting to have a mare like Mississippi Belle on the farm,” Brown enthused.  “We sold her Safeguard colt last year for $150,000 and they’ve named him Saving Memphis while the mare is back in foal to Safeguard.

“Unfortunately we lost her Rommel yearling colt, but we’re selling 10 of Rommel’s first crop sons and daughters at the Perth Magic Millions.”

With 331 youngsters catalogued, the 2020 Perth Magic Millions Yearling Sale will be held on 17-18 February, and Mogumber Park will field a team of 18 for the sale. 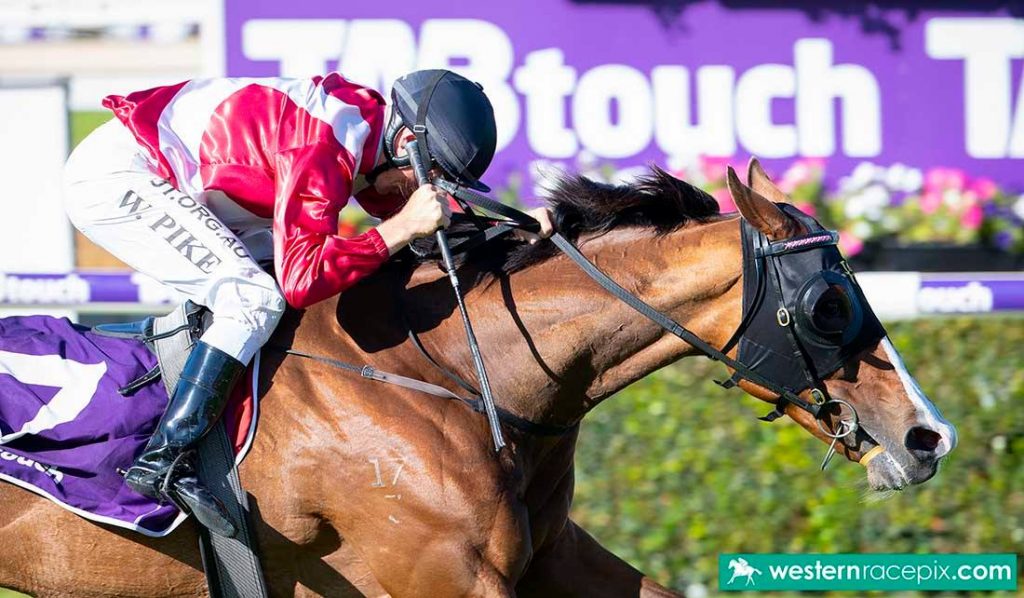