Co-trainer Ciaron Maher believes Bam’s On Fire is closing in on black-type after claiming the first-leg of an interstate double for Universal Ruler on Wednesday.

Bam’s On Fire won the MRC Membership Hcp (1200m) at Sandown Lakeside to maintain her consistent record since transferring from Perth.  She has won 4 times and been placed in her other 5 starts for Seymour Bloodstock owner Darren Thomas.

“I’m very happy with that win.  She’s been training well at home and holding her condition,” Maher said.  “We added a one-eyed blinker today because she has a tendency to lay in.  And Michael (Poy) rode a patient race.  She relaxed and should get out to 1400m.

“She’s still furnishing and we can definitely place her to win a black-type race for Darren.”

Bam’s On Fire had shown potential as a 2yo in Perth before catching the eye of Seymour Bloodstock manager Mark Pilkington.  She gave away enormous starts before flying home for a third in the G3 Gimcrack Stakes and a fourth in the G2 Karrakatta Plate.

Poy’s claim brought her into Wednesday’s race with 60kg and he was always confident in the run.  “I followed the second favourite (Jumbo Ozaki) and everything went right.  The gear change helped and when I changed the whip to my left-hand, she put them away.

“Ciaron can raise the bar because she will be winning better quality races in future.”

Altani, another 4yo mare by Universal Ruler, saluted for the second time this prep at Ascot on Wednesday.  The hot pace set it up for the back-markers and Altani let down with a brilliant finish under Peter Knuckey to defeat Zackariah Beau (Blackfriars) by a long-neck in the All Flags Signs & Banners Hcp (1200m).

“She has won leading but is probably better settling and then coming home with a good finish like today,” trainer Tiarnna Robertson said.  “She’s a finicky mare so we can’t get that extra work into her legs.  We will probably keep her to 1200m at Ascot and space her runs to every three weeks.”

Altani is a homebred for Done Dimoski.  He used Universal Ruler over NZ-bred mare Swanky Girl (Volksraad) who is a full-sister to G3 Thompson Hcp winner Bahira.  Their dam Conifer Bay was a Group 1 winner of the ARC Championship Stakes at Ellerslie.

Swanky Girl has now foaled six winners and she is back in foal Universal Ruler.  Her Kalgoorlie winner This Fox Rocks (Flying Pegasus) has a Rommel colt catalogued as Lot 289 for the 2020 Perth Magic Millions. 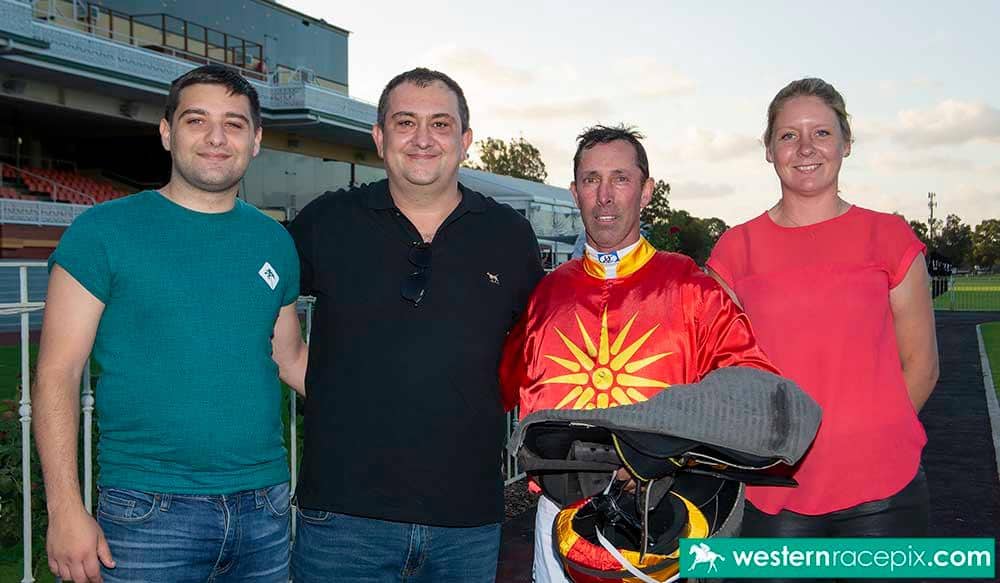