There’s more than $250,000 in prizemoney riding on short-priced favourite Gemma’s Son in the RL Magic Millions WA 2YO Classic (1200m).

Gemma’s Son dominates fixed-price markets at $1.50 for the sales-related race that highlights Pinjarra’s stand-alone meeting on Saturday.  The unbeaten colt can give trainer David Harrison a running double following Jericho Missile in last year’s 2YO Classic.

Victory will also see Scenic Lodge resident Snippetson take over at the top of the WA 2YO Sires’ table.  And Scenic Lodge has catalogued his younger sister as Lot 252 at the Perth Magic Millions Yearling Sale starting on Monday week, February 17.  She is one of the standouts of Book 2.

Gemma’s Son emerged from Book 2 last year as have 11 of the 16 starters on Saturday.

“All the Book 2 graduates at Pinjarra demonstrates the depth of quality throughout the entire catalogue,” TBWA President Brent Atwell said.  “Day 1 horses make our sale but there’s value for money from Lot 1 to Lot 331 this year.

Gemma’s Son (2c Snippetson – Princess Gemma by Dr Fong) won a Lark Hill barrier trial by 10 lengths in October and his first two starts at Ascot by a combined margin of 6 lengths in January.  He put a space on them second-up over 1100m and jockey Paul Harvey isn’t concerned about jumping from barrier 10.

“He pinged the gates last time and was always in control.  He’s got a motor and is a real racehorse.  He’s progressing nicely and I can’t see the 1200m being a problem this Saturday.”

Harrison is upbeat going into the race although he does rate Steve Wolfe’s filly Watch Me Dance (I’m All The Talk) a definite danger. “She was very impressive at Bunbury last week,” he admitted.  “Two year-olds just don’t come from that far back and win.

In the last five editions of the WA 2YO Classic, two winners have graduated from Book 1 (Lucy Mae & The River) and two from Book 2 (Valour Road & Lucky Street).  Jericho Missile changed hands at the Adelaide Magic Millions. 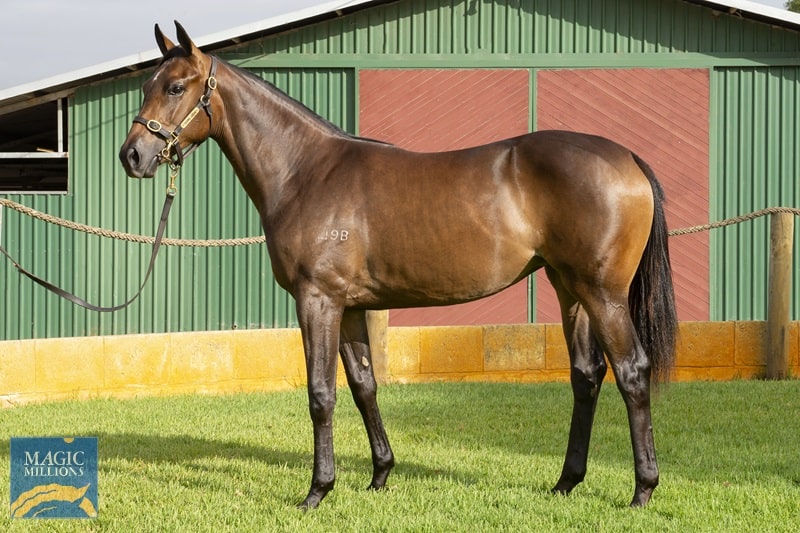