A day after his final yearlings were auctioned at the Perth Magic Millions, Scenic Lodge champion Blackfriars sired another potential stakes winner with Miss Dominican at Ascot.

The Fred Kersley-trained 3yo filly was bailed up on the home turn before bursting through a gap along the rails to defeat Dynamic Force (Playing God).  She started a $2.60 favourite in the TABtouch Maiden (1500m) following an impressive third on debut earlier this month at Bunbury

“I was concerned being a back-marker but Jade (McNaught) rode her well and they got the job done,” Kersley said.  “I didn’t run her as a 2yo because she’s a good stayer in the making.  The best part today was the way she finished off in the straight.”

Miss Dominican was bred by Tony Patrizi and he kept a share after she made $55,000, at the 2018 Perth Magic Millions.  The syndicate also includes Kersley’s wife Judith, Jim & Leah Mias, Tony Sangalli, Fred Fairthorne and Andrew Alsop.

Her dam Five Fields (Citidancer) had an Alfred Nobel colt sell for $60,000 at the Swan Valley on Tuesday and he will trained by Vern Brockman.  The mare has a Snippetson filly on the ground and was bred back to Bradbury’s Luck in October.

“The inside barrier made it a bit tricky.  I had to be patient,” McNaught explained.  “She still learning and was changing stride in the run.  But she’s a quality filly and it worked out perfectly when the gap appeared.”

Blackfriars had 14 yearlings change hands at the Perth Magic Millions for an average of $60,964.  Most expensive was the $170,000 colt sold to Ascot trainer Simon Miller.  He’s a three-quarter brother to Perth stakes winner London Line who has won three races to date as Most Beautiful in Hong Kong for Danny Shum.

Trainer Justin Warwick outlaid $170,000 for a colt and filly by Blackfriars.  He’s been very successful with the breed having won the 2014 Perth Cup with Black Tycoon and last year’s Kalgoorlie Cup with Spiritual Warrior.

Scenic Lodge finished this week’s Perth Magic Millions with a 100% clearance-rate for the 23 lots that were led through the sale-ring.  Among them was the Blackfriars three-quarter brother to Playing God purchased by Judith Kersley for $67,500. 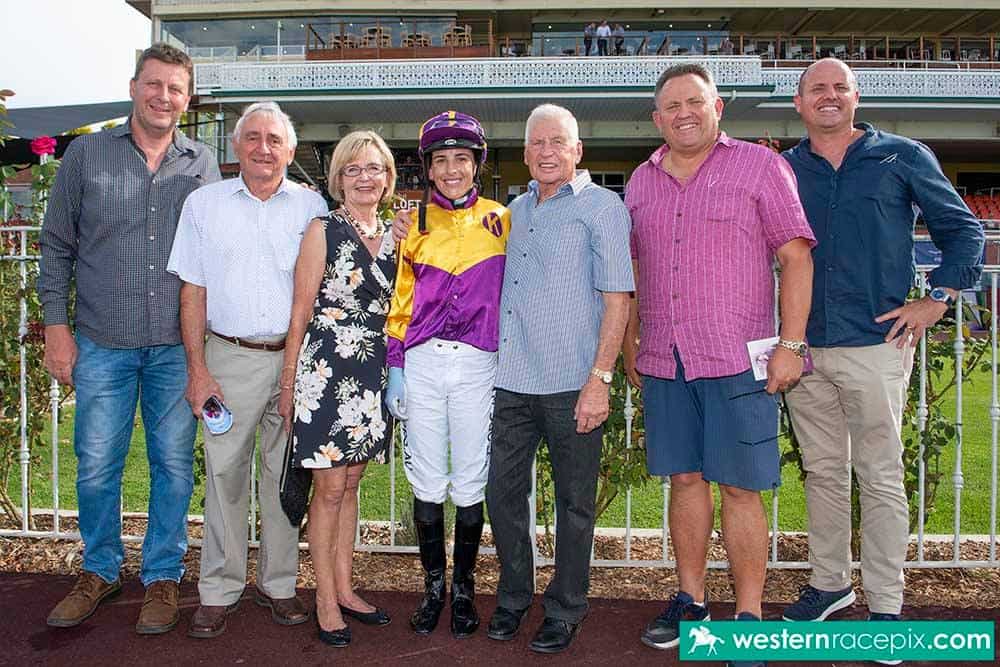