Mungrup Stud’s young gun Playing God maintained a narrow lead among active sires in WA after a winning double at Pinjarra on Saturday.

Deceased Scenic Lodge champion Blackfriars ($4.02 million) is on track for a 10th consecutive title in WA and it appears time is on the side of his Group 1 winning son to take over that mantle.

Lordhelpmerun won the G3 WA Sires’ Produce Stakes in 2018 but lost his way last season winning just twice at the tail-end of the term. “That was a terrific result on Magic Millions Day,” trainer Steve Wolfe said. “He’s a quality horse and has been knocking on the door all prep.

“The planets aligned today and he truly deserved the win. I’ve always said his best form would be as a four year-old.”

Lordhelpmerun’s owners have never lost faith. He was bred by Paul Cooke and Neville Parnham and sold through the Toreby Park draft for $25,000 at the 2017 Perth Magic Millions. Saturday’s win increased his career earnings to $561,500 which includes Westspeed bonuses of $136,100.

His dam Pure Heaven (Snippetson) doesn’t have a yearling this year, however, there are 13 lots by Playing God from Mungrup Stud at the 2020 Perth Magic Millions.

First to parade is the filly out of Hallowell Lane (Lonhro) who is an unraced half-sister to Perth stakes winner Lusaha (LR Sir Ernest Lee-Steere Classic). He was transferred to Hong Kong and has gone on to win races as Shanghai Master for trainer Francis Lui and the Perfect Bonding Syndicate.

The first Playing God colt to go under the hammer is the full-brother to Platoon (Lot 78) who was placed in the G1 Railway Stakes in November. Trainer Neville Parnham is considering an interstate mission for Platoon but ruled out an autumn campaign for his Playing God filly Kay Cee who was last seen winning the G1 Kingston Town Classic. 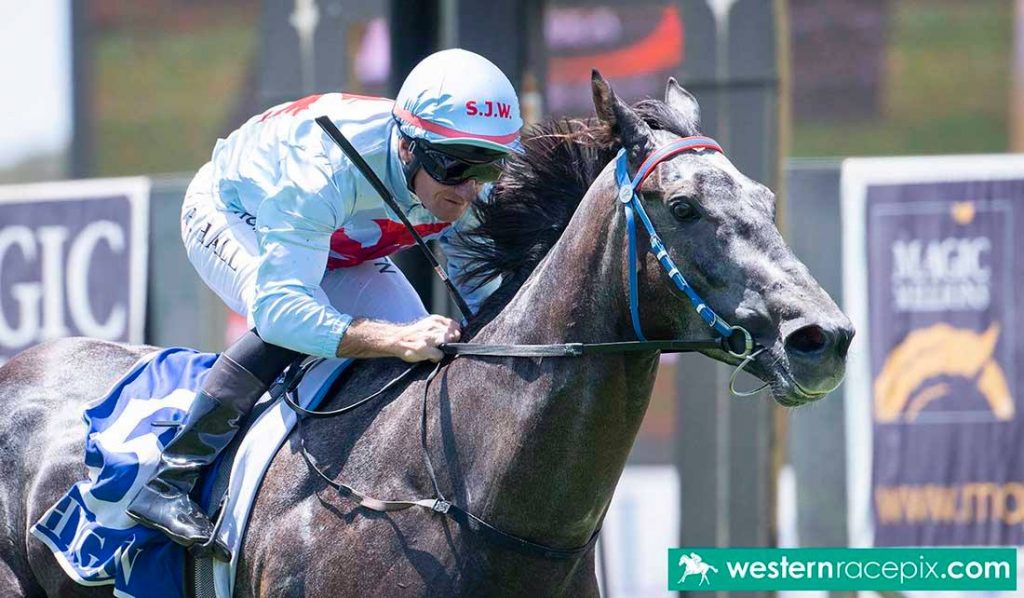