Jimmy Choux (NZ) filly Two Illicit has been installed a $2.80 favourite in the New Zealand Derby after she simply blew her rivals off the track at Te Rapa on Saturday.

The Roger James and Robert Wellwood-trained 3yo took on the boys in the G2 Waikato Guineas (2000m) and she gave them all a lesson while streaking clear for a stunning seven and a half-length victory.

Jimmy Choux (Thorn Park) was transferred to Roselee Park in WA last year and the move coincided with his sprinter-miler The Bostonian winning twice at Group 1 level during the Brisbane winter carnival.

Two Illicit (3f Jimmy Choux – Gemini by Tale Of The Cat) is trained by Roger James and Robert Wellwood for a syndicate managed by Trelawney Stud couple Brent and Cherry Taylor.  The ultra-consistent filly is from the family of European Group 1 classic winner Midday and her future as a broodmare is assured at the famed Cambridge nursery in New Zealand.

“I think we saw something a bit special today,” James said.  “Her work last Sunday gave me goose bumps.  I told Robert (Wellwood) this filly will rank right up with the best three year-olds I’ve ever trained.

“I’ve won this race three times before and twice with fillies that have gone on and won the Derby.  “She’s got big shoes to fill but the more I do with her the better she gets.

“We don’t make decisions on raceday but you would have to say she’s a pretty strong contender for the Derby.  That was frightening to see her put a margin on Travelling Light who is one of the best fillies we have seen for a while.”

She is also holds a Group 1 nom for the NZ Oaks at Trentham on March 14.

Two Illicit won her maiden at Ellerslie in October and followed up with black-type victories in the LR Trevor Eagle Memorial and G2 Royal Stakes prior to Saturday’s result which improved her overall record to 4 wins in 6 starts and $179,250 in prizemoney. 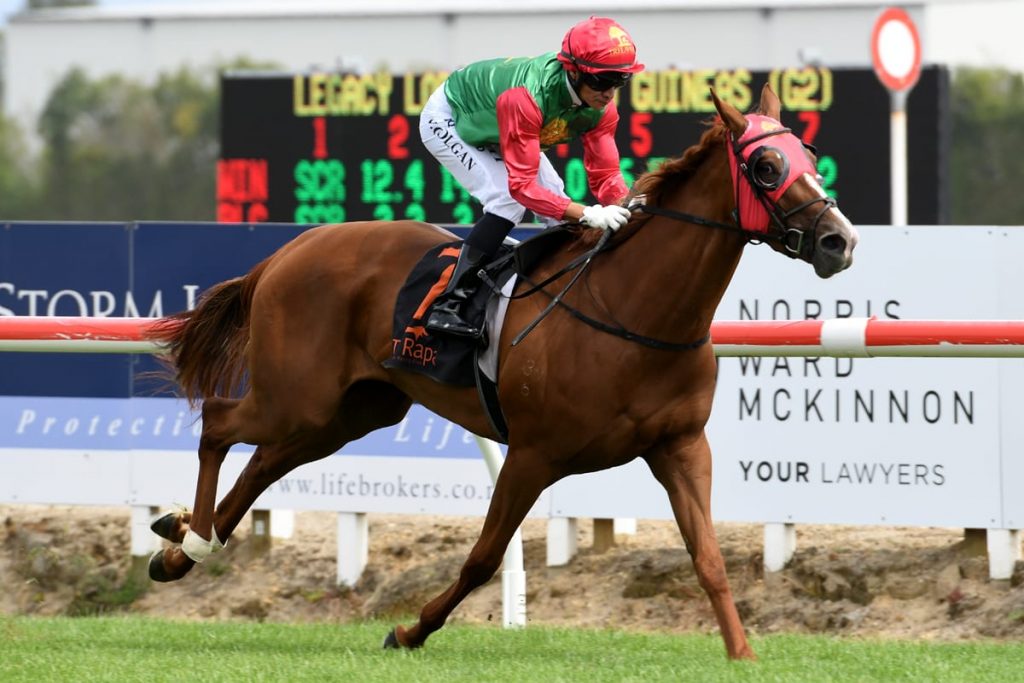