WA expats Excel Delight and Fantastic Show were part of a winning hat-trick for champion jockey Joao Moreira at Sha Tin on Sunday.

Amelia Park bred Excel Delight (Exceed And Excel) and he broke through in the Ngau Tau Kok Hcp (1200m) following three placings this season.  He was entered for the 2017 Inglis Easter Sale by Segenhoe Stud as agent for the Vasse nursery and made $675,000 to the bid of George Moore Bloodstock.

His dam Miss Krovanh (Zabeel) had been purchased by Amelia Park’s Peter Walsh for $170,000 at the 2013 Magic Millions National Broodmare Sale.

Amelia Park sold an Exceed And Excel filly through Segenhoe Stud at the Gold Coast Magic Millions last month and she was knocked down for $360,000 to Te Akau Racing’s David Ellis.  Her dam Addie Lane (Street Cry) is a winning sister to Sabatini (G2 Angus Armanasco Stakes).

Amelia Park has 7 yearlings entered for the 2020 Perth Magic Millions including two colts as agent for Segenhoe Stud by Dissident.  Lot 136 is out of a winning daughter of Kishkat (LR Toy Show Hcp) and Lot 165 is from a half-sister to Horizons (LR Widden Stakes).

Fantastic Show (Not A Single Doubt) won the Sau Mau Ping Hcp (1400m) on Sunday with a dashing run from the rear under Moreira.  He was bred by Oakland Park owner Neville Duncan and changed hands for $140,000 at the 2016 Inglis Melbourne Premier.

His dam Evoked (Song Of Tara) is a sister to Spirit Of Tara who won a Group 3 at Randwick and two Listed events at Eagle Farm with trainer Gerald Ryan.  Evoked is now owned by south-west breeder Robbie Smith and she foaled a colt by his sire Globetrotter (USA) in October.

Duncan won’t be selling at this year’s Perth Magic Millions but will once again be represented at the Inglis Melbourne Premier in March.  His Snitzel – Jestajingle colt (Lot 227) at Oaklands is being offered through Blue Gum Farm  and is related to G1 Kingston Town Classic winner Ihtsahymn.

Oakland Park topped the 2016 Melbourne Premier with $700,000 Snitzel colt Ducimus who won the LR Talindert Stakes at Flemington before returning to WA to stand at Rivercrest Park Stud. 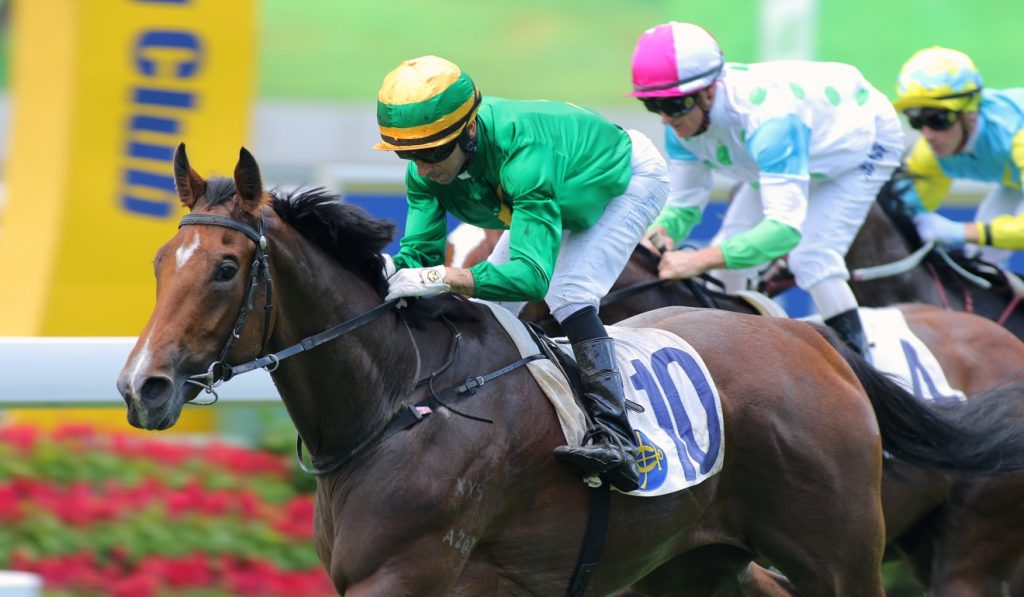