Western Breeders Alliance picked the perfect stage to showcase its strike-rate with a winning treble on Magic Millions Day at Pinjarra.

WBA has catalogued 22 lots for Book 1 of next week’s Perth Magic Millions Sale and that’s the most of any vendor heading to the Swan Valley.

Why Choose Her (Choisir) claimed the first-leg on Saturday with a long-neck victory over fellow WBA graduate Chix Pic (Patronize) in the Ducimus Silver Bowl (1200m).

Western Breeders Alliance partner Wayne Beynon bred and sold Why Choose Her for $40,000 at the 2017 Perth Magic Millions. He bought her dam Little Wonder Why (Kala Dancer) for $26,000 in foal to Choisir at the 2015 Magic Millions National Sale.

Why Choose Her is a full-sister to Celtic Dancer (G2 QTC Cup) and has abundant residual value at stud. Part-owner and trainer Ash Maley went back and bought her Magnus half-sister last year and she has been named We Wonder Why.

There was also an award for the best-presented horse engaged in the Ducimus Silver Bowl and that was won by Free Trade’s strapper Holly Taylor.

Cryptic Wonder (My Admiration) chimed in with a black-type victory in the RL Magic Millions WA 3YO Trophy (1200m) for a large syndicate managed by Elio Galante.

Ibbotson stands My Admiration (Encosta de Lago) at Westbury Park Stud in Pinjarra and he bought into the bottom half of the family in 2007 when parting with $5,250 to purchase Cryptic Wonder’s second-dam Punchelot (Bellotto).

The Lucky Street half-brother to Cryptic Wonder will be offered as Lot 144 through the Western Breeders Alliance consignment at the Perth Magic Millions on February 17.

Solid Azza (Patronize) completed a day to remember for Western Breeders Alliance with a last-to-first victory in the TABtouch Hcp (1200m). She is a homebred for Darling View Thoroughbreds and WBA partners Clive & Brent Atwell.

Prepared by in-form trainer David Harrison, Solid Azza is the final foal of Rock Revival (Flying Spur) who was a $30,000 buy for Darling View at the 2013 Magic Millions National Broodmare Sale.

“The Western Breeders Alliance brand is growing and so is our reputation,” Brent Atwell said. “We didn’t have enough room to prep all the yearlings offered to us by breeders for this year’s Magic Millions Sale.” 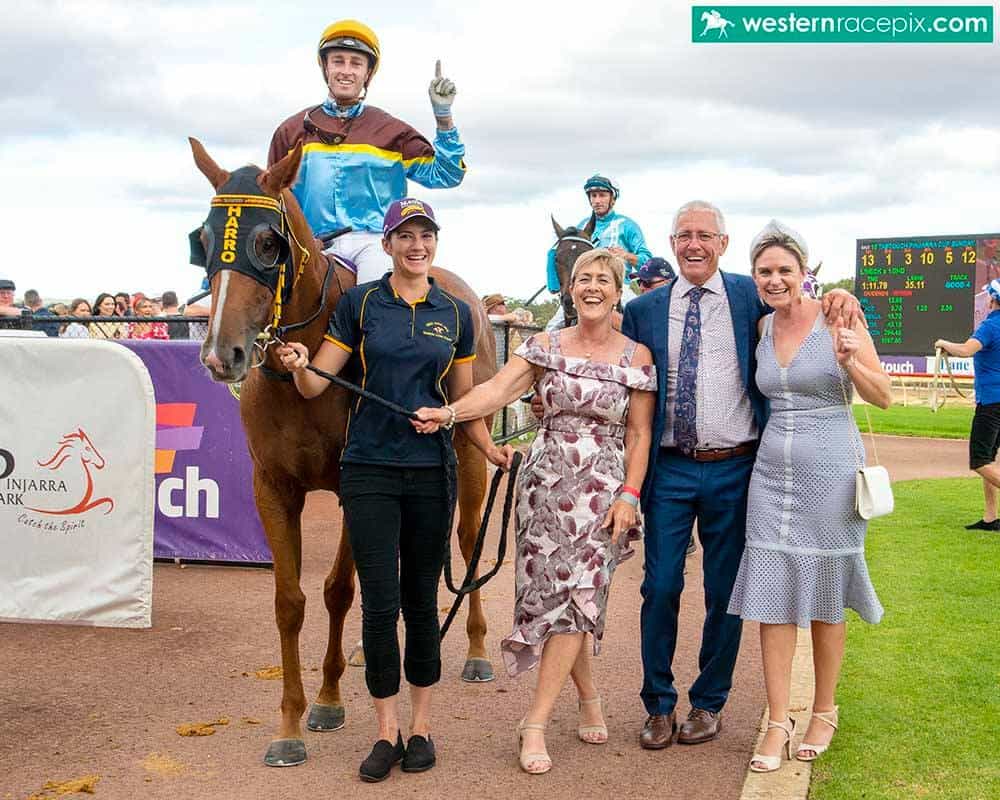