Cryptic Wonder confirmed his status as one of the most exciting young sprinters in Western Australia with an awesome first-up victory in the RL Magic Millions WA 3YO Trophy (1200m) at Pinjarra on Saturday.

The son of Westbury Park resident My Admiration ranged up to front-runner Mia Dolce in the straight and then held off the late charge of Tommy Blue (Gingerbread Man) by a long-neck.

Cryptic Wonder is the first stakes winner for My Admiration (Encosta de Lago) and it was also a milestone for co-trainers Grant & Alana Williams.  “He’s raced by family and friends from the trots,” an emotional Grant Williams said.  “It’s everything to us and this is one of our biggest days.”

Williams had predicted a bright future for the lightly-raced gelding after a late-season debut win at Belmont.  “He’s a big, tall boy and we’ve had him in and out of work while he’s thickened out,” Williams said last July.  “He won’t be pushed and will only have one more run before a break.”

Cryptic Wonder (3g My Admiration – Abitcryptic by Bletchley Park) had won two Lark Hills trials in preparation for his return and opened an odds-on favourite with bookmakers.  “He probably should be unbeaten,” winning rider William Pike said.  “I got lost on him when we were beaten second-up last prep.  He’s a very nice horse.”

A $30,000 buy from Western Breeders Alliance at the 2018 Perth Magic Millions, he’s a younger brother to Cryptic Love who has won four races and $276,740 in prizemoney and Westspeed bonuses for David & Jenny Harrison.

Their younger Lucky Street half-brother will be offered by Westbury Park owner Phil Ibbotson as Lot 144 through the Western Breeders Alliance consignment at this year’s Perth Magic Millions on February 17. 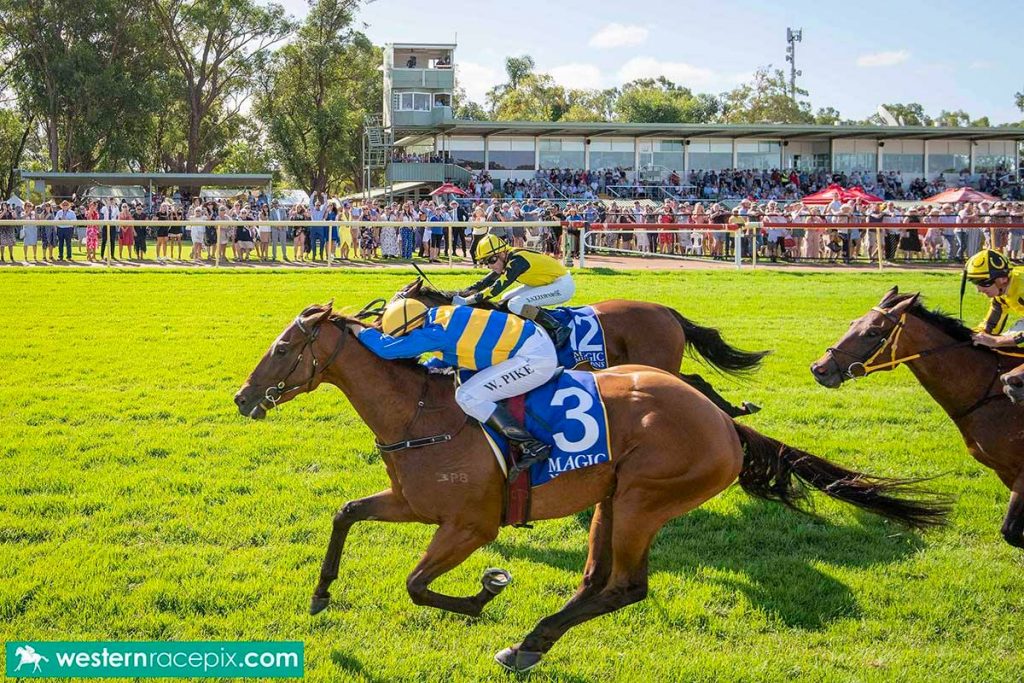