Celebrity Queen continued the amazing winning run for Peters Investments when she saluted as an odds-on favourite in the D’Orsogna Hcp (1100m) on Saturday.

The Redoute’s Choice 3yo was winning for the third time in a half-dozen starts after defeating experienced mare Tycoon Legend (Written Tycoon) by a half-length at Ascot.  Her dam Celebrity Miss (More Than Ready) won a LR Bolton Sprint at Belmont and second dam Miss Margaret (Marscay) was a Group 1 winner at Flemington and Morphettville.

The well-bred filly earned $60,000 which was small change compared to the $2.97 million earned by her stablemates Regal Power and Superstorm in the All-Star Mile at Caulfield on March 14.

They followed Gatting, Black Heart Bart and Come Play With Me who were WA Group 1 winners at Flemington and Randwick during the spring carnivals.

Owner-breeders Bob and Sandra Peters have numerous options for the duo, however, co-trainer Grant Williams isn’t sure if they will stay on the road for The Championships in Sydney.  “Regal Power is nominated for the Queen Elizabeth at Randwick,” Williams said.  “But I reckon Bob, knowing his horses, will say bring them home and put them away and come back here later.”

Regal Power claimed the G2 WATC Derby – G1 Railway Stakes double at Ascot last year and was on a seven-day back-up following an eye-catching second to Fifty Stars in the Australian Cup at Flemington.

“Willie and I were a bit dejected after the Australian Cup,” Williams told AAP.  “We hate running second but this is the race that we set him for.  I’m just rapt for Willie and for the team back home.”

Broadway Belle hails from a very successful family nurtured by Lex & Shirley Piper and Mungrup Stud.  Second-dam Antique (Metal Storm) is a sister to Kalatiara and Kentiara who continue to be an influence 20 years after their stakes winning exploits at Ascot. 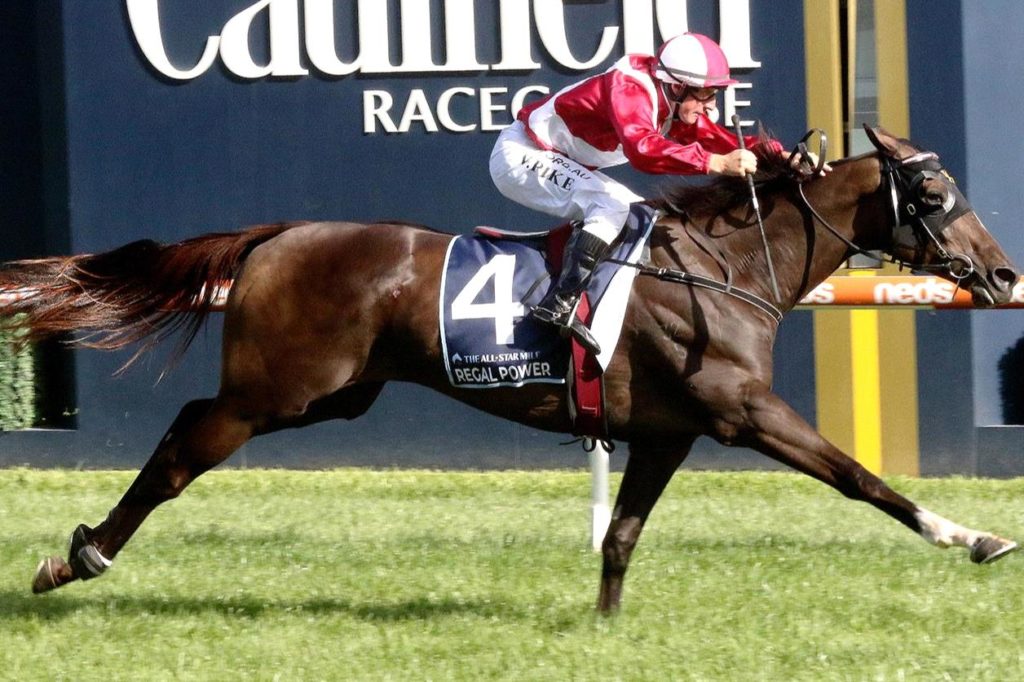