Consistency the key with Wolfe’s Man

Red Can Man rates among the most consistent horses in training in Western Australia.

He took a while to break through as a 2yo for Steve Wolfe with minor placings in all three starts at Ascot and Belmont last season. A winter spell did wonders and he couldn’t go slow enough while taking care of business of a Northam 3yo maiden first-up in September.

Fast-tracked to open company in town, the son of Yarradale Stud sire Gingerbread Man won at Belmont and then defied Jericho Missile after a stirring duel in the LR Fairetha Stakes (1400m) at Ascot.

Red Can Man signed off with another belter in the G2 WA Guineas (1600m) finishing a close third to ill-fated colt War Saint and subsequent G1 Kingston Town winner Kay Cee. “We’ve been really pleased with his progression this prep,” Wolfe said. “He always makes his presence felt when allowed to roll along.”

Continuing the fabulous run for breeder Ellie Giles, he returned with two wins on the bounce at Ascot earlier this month sending his bank account north of $450k. The balance has been boosted by Westspeed Bonuses of $192k.

“We’re so proud of this bloke and our stable jock Shaun McGruddy,” Wolfe said after the first-up win over Fred Dag on March 7. “He’s the real deal and is probably only 85% fit!”

Red Can Man (3g Gingerbread Man – Brocky’s Ace by Surtee) had been a $50,000 buy for Wolfe and Commercial Bloodstock’s Noel Carter from Western Breeders Alliance at the 2018 Perth Magic Millions.

His older half-sister Quilista (Scandal Keeper) had her maiden cover to I Am Invincible last October following a stakes winning career in Perth, Brisbane and Sydney.

Gingerbread Man has been a recurring name among Ascot’s winning sires in recent weeks with Red Can Man leading the likes of Ima Single Man, Just A Pinch and Tommy Blue.

Grafton mare Nullaborn also saluted at her home track in NSW on March 2. She was bred at Geisel Park and is the first foal of North Going Zax (Exceed And Excel), an unraced daughter of Zola (G1 Ellerslie Sires’ Produce).

Gingerbread Man (Shamardal) was a dual-champion in Singapore before retiring to Yarradale Stud. He has sired three individual winners back at Kranji including last-start Steve Burridge-trained 3yo Diamond Mine who was bred by Gold Front Thoroughbreds. 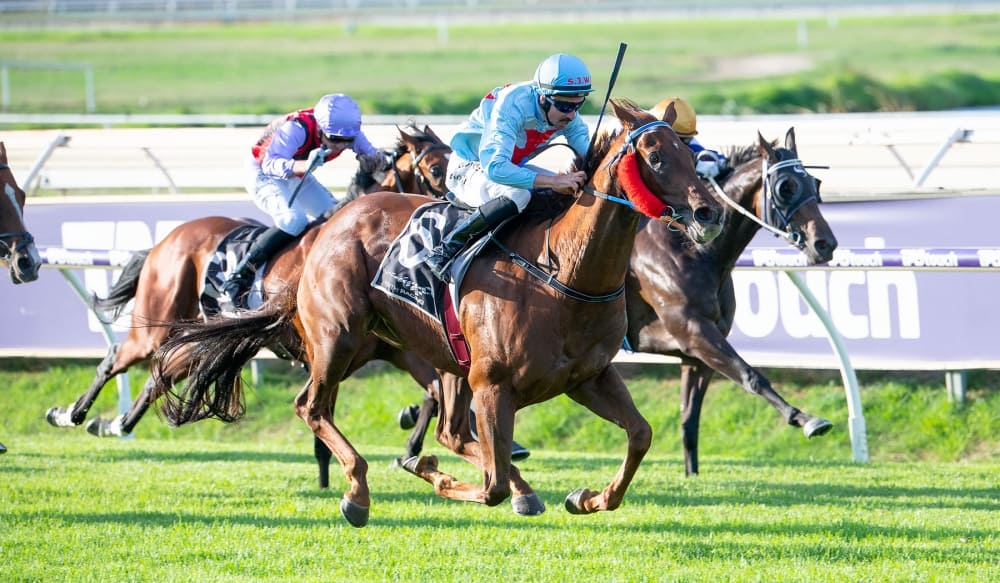