Home Just A Pinch on trial for Karrakatta

Just A Pinch on trial for Karrakatta

Gingerbread Man filly Just A Pinch will use the TABtouch Plate at Ascot this Saturday as a possible launching pad into the G2 Karrakatta Plate on April 4.

Her first-up victory in the Amelia Park Hcp (1000m) on March 11 was hard to fault and her current Karrakatta quote ($31) will drop dramatically if she doubles up this weekend.

“We knew she had ability before coming here today,” trainer Sean Casey revealed after she led home a Gingerbread Man quinella from Spiced Delight on debut. “She’s a bit new and set a good clip in front. The others had the drop on her but she fought back for a good win.

“Peter Knuckey had been breezing her at home and he stamped her very early on.”

Pat Carberry took over on raceday and was also impressed with her professionalism and ability to absorb pressure under a hands-and-heels ride. “She jumped cleanly and settled nicely in the lead,” he reported. “She worked off corner but I thought the second horse has us on toast at 200m. I put the stick away and she just kept lifting.”

Just A Pinch (2f Gingerbread Man – Mireille by Husson) is a homebred for Wally Daly and his brother George who passed away a few days after that win. They won the Karrakatta with Jacks Or Better (Curravilla) when it was a Group 1 in 1994.

Their distinctive pink and blue quartered colours first came to attention at the elite level with Little Imagele in the 1981 Western Mail Classic.

Just A Pinch is from a half-sister to Vega Magic (Lope de Vega) who won the G3 Scahill Stakes and G3 Colonel Reeves Stakes for the Daly brothers before transferring to Lindsay Park where he graduated to Group 1 victories in the Goodwood Hcp and Memsie Stakes.

Gingerbread Man (Shamardal) stands at Yarradale Stud and he is a Top 10 stallion in WA this season with 17 winners of 25 races and over $1.34 million in prizemoney. 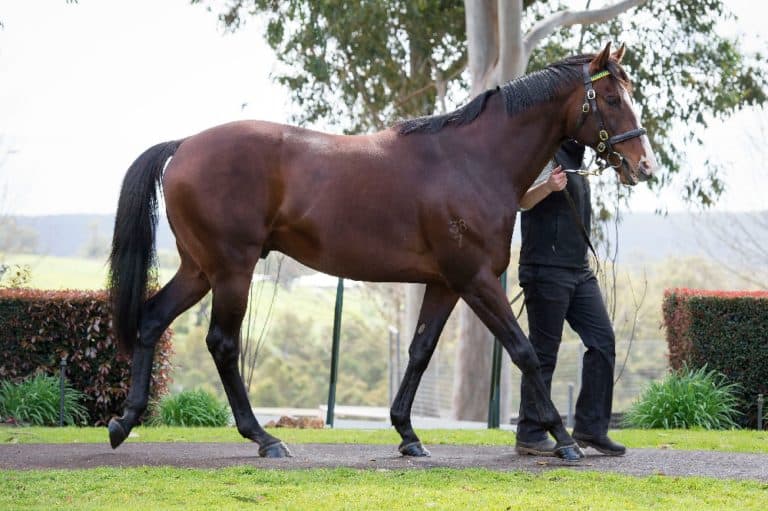