King Blitz is a homebred for Geraldton owner-trainer Barry Newnham and was winning for the first time since a hat-trick during the 2018 winter season at Belmont.  An injury-enforced spell stretched to 18 months before his return to racing in February.

“It was so fitting for King Blitz to win as we’ve just lost Natural Blitz on what was a very sad day for all of us,” Mogumber owner Colin Brown said.  “I am sure ‘Blitz’ was barracking hard from his big paddock in the sky.”

Natural Blitz (Dehere) was rising 21 and stood alongside Safeguard (Exceed And Excel) and Rommel (Commands) in Bullsbrook.  He was a Group 2 winner at Caulfield, Moonee Valley, Rosehill and Eagle Farm for Victorian trainer Doug Harrison.  It took an all-time champion like Northerly to deny him a Group 1 in the 2003 Australian Cup at Flemington.

Initially retiring to Rangeview Stud in 2007, he made subsequent moves to Cromarty Park and Touchstone Farm before settling at Mogumber Park in 2012. 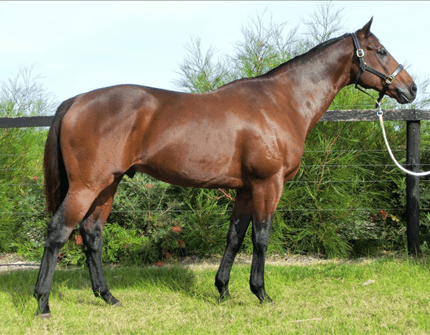