Maschino mare Fabergino enhanced her reputation from WA with an all the way victory in Saturday’s LR Bob Hoysted Stakes (1000m) at Flemington.

The Perth flyer stopped the clock at a sizzling 56.55s to defeat Embrace Me (Shamexpress) and Haunted (Lonhro) by more than a length.

“To come over and get a winner here is just an absolute thrill for the stable and all the connections,” trainer Tiarnna Robertson said.  “She’s a free-rolling horse who has always jumped and led.  But to see her do it at racing headquarters is just amazing.

“She’s beaten what she had to at home and measured up today.  Now that we know she’s competitive over here we might try something a bit harder next time.”

Robertson has the G1 Moir Stakes (1000m) at Moonee Valley in mind as a spring assignment.  She was back at Flemington for the first time since a stint with trainer Tony Noonan about 10 years ago.

A giant grey, Fabergino was coming off Listed victories in the Crawford Stakes and Summer Scorcher at Ascot and has now won 8 times in 11 starts for $434,000 in prizemoney.

Her dam Miss Razyana (Danzero) won at Canterbury for Gai Waterhouse before Perth owner-breeder Jim Anderson brought her west with a $36,000 bid at the 2013 Magic Millions National Sale.

Fabergino was the first-leg of a stakes winning double for Maschino who is making an ever-increasing impact at Alwyn Park.  The son of Encosta de Lago backed that up with Lonsdale Lady’s Listed victory in the Ascot 1000 Guineas (1800m).

It was also a double for Anderson who stands Maschino with Alwyn Park’s John Andrew in Serpentine.  He races them with good friends John Beesley, Marty McDonagh and John Tierney.

Lonsdale Lady will be set for the G3 WA Oaks (2400m) on March 28 after demoralising a field of classic aspirants on Saturday.  She dominated from the jump and was aided by a clever front-running Jade McNaught ride in defeating Cambist (Gingerbread Man) and Naughty By Nature (Trade Fair).

Trainer Kieran McDonagh has big plans for his 3yo filly who is a stablemate of Maschino’s G2 WA Derby runner-up Cockney Crew.  “They’re carbon copies,” he said.  “We will go to the Natasha and then the Oaks.”

On the WA stakes wins table this season, Maschino (6 from 27 starters) is second only to Blackfriars (7 from 167 starters).  They also figure prominently in the Australian Top 12 in that category. 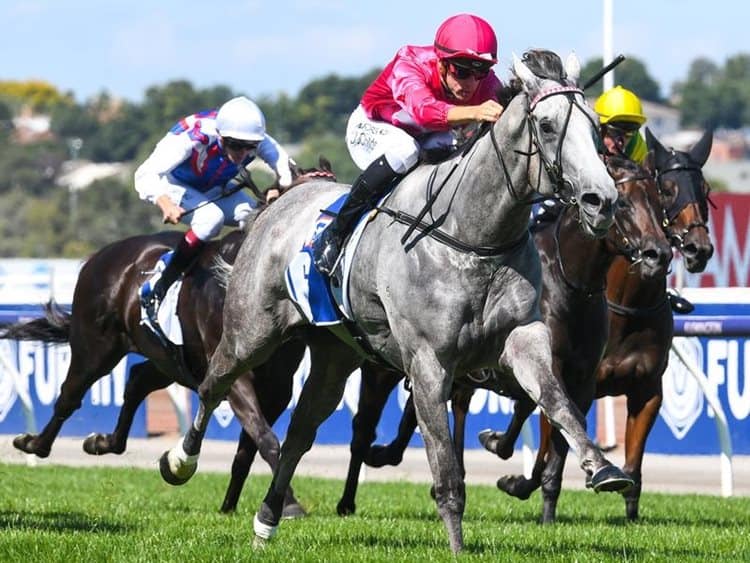