The Bostonian transfers to John O’Shea

Jimmy Choux’s Group 1 gallopers Two Illicit and The Bostonian have been caught up in the coronavirus pandemic which forced New Zealand to close its borders on Tuesday.

Two Illicit (NZ) was due to fly to Australia this week for the G1 Vinery Stakes at Rosehill on Saturday, however, she remained at home after all international equine flights from New Zealand were suspended.

“It’s out of our hands,” Trelawney Stud’s owner-breeder Brent Taylor said.  “We’ve also had to withdraw our yearling colts by Lonhro and Savabeel that were entered for the Inglis Easter Sale.”

Two Illicit won the G2 Waikato Guineas (2000m) by seven lengths before going down a length when runner-up in the G1 NZ Derby against the colts last month.  She is raced by a Trelawney syndicate managed by Taylor and his wife Cherry.

Jimmy Choux is now based at Roselee Park in Serpentine and he did manage to grab another Group 1 with The Bostonian in the Canterbury Stakes (1200m) at Randwick on March 7.  Trainer Tony Pike had sent him across the Tasman on March 2.

The Bostonian (NZ), who notched a Group 1 double at the 2019 Brisbane winter carnival, enhanced his reputation with a gallant second to Dreamforce in the G1 George Ryder Stakes (1500m) at Rosehill on Saturday.  “It was a super run considering they walked in the early stages,” Pike said.  “He was very strong late and couldn’t be going any better.”

Pike will set him for G1 All Aged Stakes (1400m) at Randwick next month but he will be required to race under the name of another trainer.  “My Sydney-based staff Mark Hills and Chris McNab had to come back home on a commercial flight,” Pike said.  “We’ve transferred The Bostonian to John O’Shea.”

Cambridge-based Pike, who is President of the NZ Trainers’ Association, is currently working closely with authorities to ensure tracks remain open after racing was shut down for at least a month in New Zealand.

Jimmy Choux (Thorn Park) covered his first book at Roselee Park last year and among his mares were the dams of The Celt (G3 Scahill Stakes) and Dawn Approach (LR Miss Andretti Stakes). 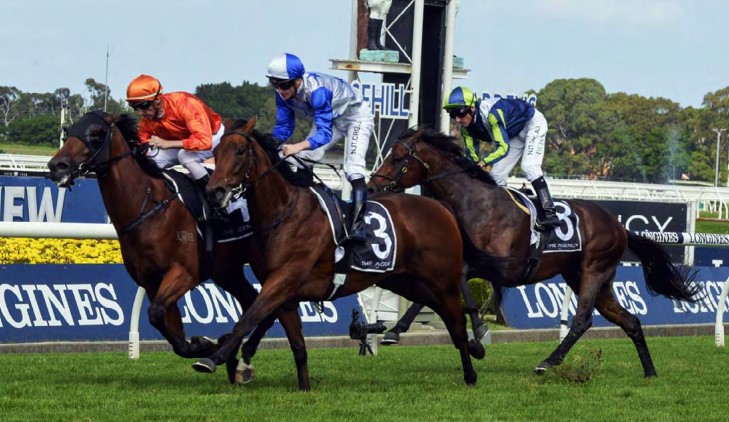