Justin Warwick has a very profitable record with Blackfriars and their bank balance received another imbursement when Spiritual Warrior won the LR Pinjarra Cup (2200m) on Sunday.

Both gallopers are 5yo sons of Blackfriars and emerged from the same crop as Come Play With Me (G1 Metropolitian Hcp), Friar Fox (LR Natasha Stakes), Like A Butterfly (Ascot 1000 Guineas) and Tellem We’re Comin (LR Hannan’s Hcp).

Warwick was born and bred into the harness industry and his transfer to the gallops received a kick-start when Black Tycoon won the G2 Perth Cup in 2014.  Since then he has saddled the winners of $2.65 million in prizemoney by Scenic Lodge’s deceased son of Danehill.

Spiritual Warrior’s contribution has reached $583,845 including $53,000 in Westspeed bonuses.  Justin and his wife Carol part-own the gelding and their daughter Lucy has been aboard in all four Listed wins this season – Kalgoorlie Gold Cup, ATA Stakes at Ascot, Bull & Bush Cup at Bunbury and the $120,000 Pinjarra Cup.

“We had a perfect run behind Superior Smile and that helped with 60kg,” Lucy said on Monday morning.  “He’s a tough horse and is more relaxed this season.  He’s still a bit cheeky but has furnished mentally and physically and Dad is looking to send him to the East Coast.”

The Warwicks have two final-crop Blackfriars yearlings at their Myalup stables that were sourced at the Perth Magic Millions in February.  The Scenic Lodge filly from Gemalileo (Teofilo) cost $70,000 and the Alwyn Park colt out of Never Easy (Elvstroem) made $100,000.

Perth couple Elio and Jacquie Galante supported Blackfriars throughout his stud career at Scenic Lodge and they bred Spiritual Warrior from Show A Heart mare Angelic Heart who is currently carrying a PPT to Universal Ruler.  Tellem We’re Comin is another of their stakes winners this season.

Unbeaten 3yo Last Of The Line is the latest Blackfriars stakes winner-in-waiting after he made it two from two in the Crown Perth Hcp (1400m) at Ascot on Saturday.  He is a homebred for Lindsay Rogers and will return next season in readiness to emulate his stakes winning brother Black Felix at the Ascot summer carnival. 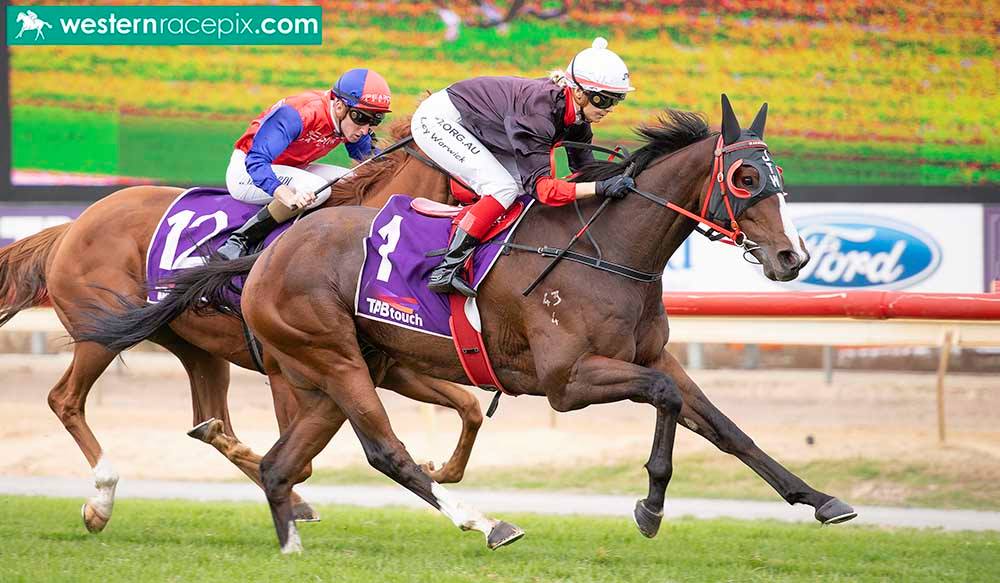