A lightly-raced sprinter and a dyed-in-the-wool stayer have completed a double at opposite ends of the spectrum for Blackfriars at Ascot.

Black Ducati accelerated to a first-up victory in the Glenroy Chaff Hcp (1200m) on Saturday before Spiritual Warrior made a mess of his rivals in the Western Australia Cup (3200m).

Blackfriars has earnings of $5.31 million so far this season which puts him over the line for a 10th consecutive WA premiership.  The Scenic Lodge champion is also within reach of his personal-best of $5.63 million set in 2017-18.

“She’s had multiple issues but is now as sound as she’s ever been,” trainer Michael Lane said.  “She was coming off a winning trial at Bunbury but this was the best field she’s ever met.

“Because Chris was aboard, I wasn’t really worried when she was pocketed.  She’s a Blackfriars but is out of a Speed Week mare so we will keep racing her over these short courses.”

Black Ducati races for a syndicate managed by Canal Enterprises owner-breeder Peter Capararo.  He also bred her older half-brother Spin Da Wheels (Hard Spun) who was a Listed winner of the 2014 Challenge Stakes.

Their dam Miss Ducati (Speed Week) has a 2yo gelding by Blackfriars and a filly foal by Demerit.

Spiritual Warrior will be set for an interstate campaign following his runaway victory in the WA Cup on Saturday.

“I reckon the best is still to come after a spell,” trainer Justin Warwick told RWWA.  “He’s just starting to work it out and can go to the next level next season.”

Spiritual Warrior put the finishing touches on a profitable season winning by four lengths over the marathon trip.  Warwick and his wife Carol part-own the gelding and their daughter Lucy has been aboard in all five of his black-type wins this season – Kalgoorlie Cup, ATA Stakes, Bunbury Autumn Cup, Pinjarra Cup and WA Cup.

“He’s a tough stayer and will probably have about six weeks off,” Warwick added.  “He can come back and start a prep here before we send him across to a trainer in the Eastern States.”

Blackfriars sired him from Ascot winner Angelic Heart (Show A Heart) and his second-dam Paris Heartbeat (Marooned) was a Listed winner of a VATC Summoned Stakes and BTC Glenlogan Park Stakes. 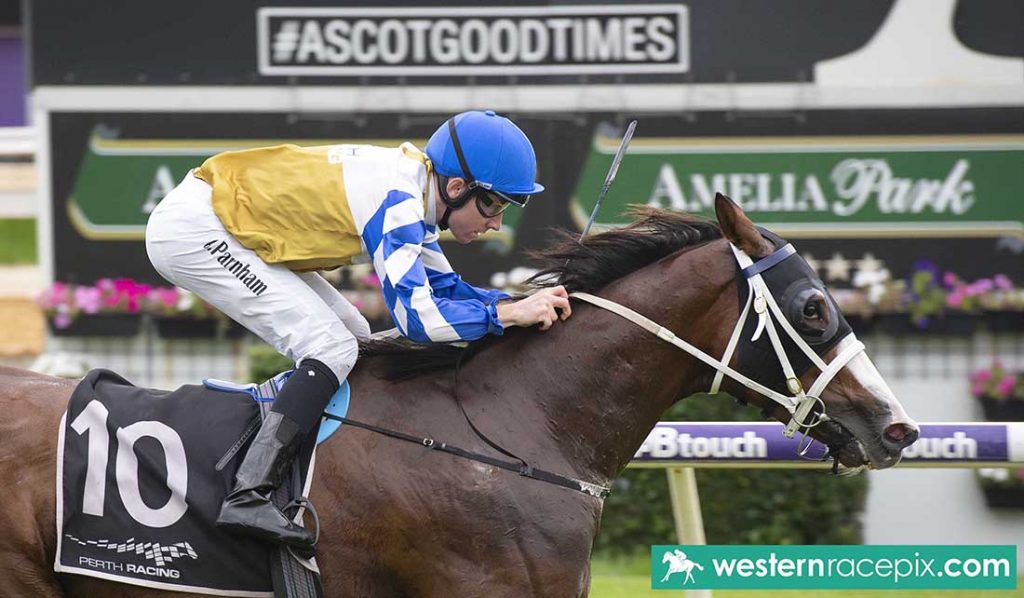