Watch Me Dance has credited Mungrup Stud freshman I’m All the Talk with his first stakes winner in the G3 WA Sires’ Produce Stakes (1400m).

The Steve Wolfe-trained filly was coming off a close second in the G2 Karrakatta Plate and looked destined to play bridesmaid again on Saturday. She over-raced early and was then caught in traffic approaching corner at Ascot.

Stable jockey Shaun McGruddy angled out of close-quarters for galloping room and she powered home to defeat Dom To Shoot (Shooting to Win) and Em Tee Aye (I’m All the Talk).

“We’ve always had a lot of faith in this filly and went in with high expectations,” Wolfe said of the odds-on favourite. “I thought we were in a bit of trouble at one stage but it was a very good ride by Shaun.

“It’s a great result for the ladies who own her and it’s just wonderful to train these types of horses. She will go to the paddock now and I can relax, too!”

Watch Me Dance (2f I’m All the Talk – Coventry to Rio by Oratorio) was purchased by Commercial Bloodstock’s Noel Carter for a ladies syndicate at the 2019 Perth Magic Millions. She cost $34,000 from Mungrup Stud and has now earned $361,100 in prizemoney and Westspeed bonuses.

The Group 3 win also propelled I’m All the Talk into fourth place on the Australian first-season premiership behind Pride of Dubai, Spill the Beans and Night of Thunder.

I’m All The Talk (Stratum) won the G3 Skyline Stakes in Sydney before retiring to the Great Southern. He stood at Mungrup for a $5,500 fee last year and his second-crop yearlings averaged $49,000 during Book 1 of the Perth Magic Millions in February.

Among them was the younger brother to Watch Me Dance who will also be trained by Wolfe. Their dam Coventry To Rio has a colt on the ground by A Lot (USA) and was bred back to Playing God in October.

Perth’s current crop of 2yo fillies have matched it with the boys and Saturday’s result sets up a close call for top spot in that category between Watch Me Dance and Starfield Impact (Demerit). 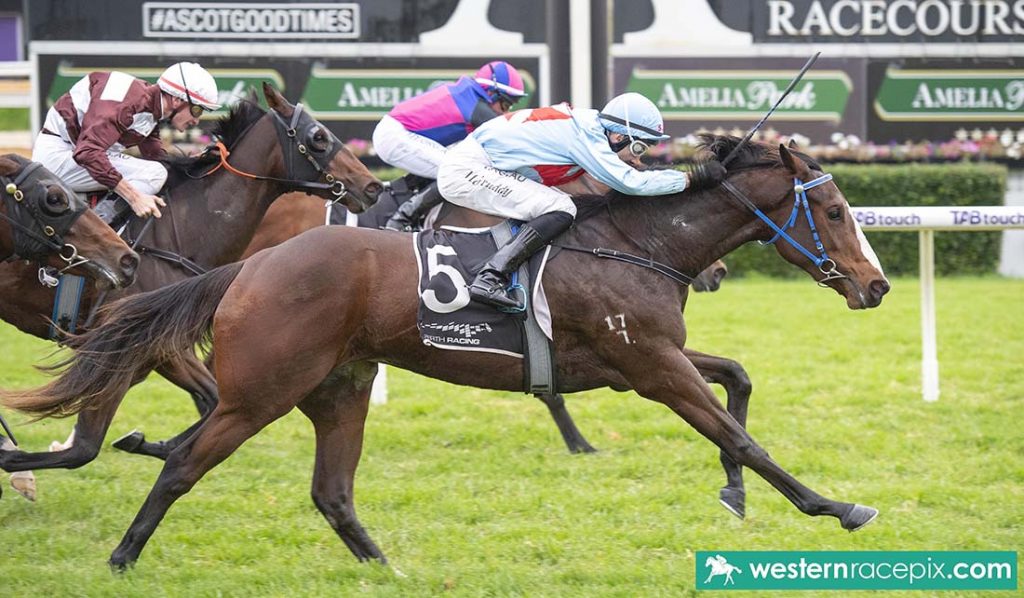