Universal Ruler mare Angelic Ruler added a touch of class to a record-breaking weekend for Scenic Lodge stallions on the weekend.

Angelic Ruler is back home after a frustrating stay in Melbourne for trainers Ben & Dan Pearce.  She earned the trip east after winning the LR Rangeview Stud Classic at Bunbury but played bridesmaid with 6 Group placings in 7 starts over there last year.

Starting a long odds-on favourite in the LR Sheila Gwynne Classic (1400m) at Ascot on Saturday, she set about improving her winning strike-rate with a dominant one-length victory over Flower Of War (War Chant).

“She was good and it’s nice to get the win,” co-trainer Ben Pearce told The Races WA.  “She hadn’t won a race for 12 months but it’s not like she was going bad, they were all in good races.

Angelic Ruler’s dam Tip The Angel (Tip The Pro) was bred by Joyce Stowe and won 8 races for the Pearce family before going to stud.  Her 2yo filly Angelic Encore (Vital Equine) was unplaced on debut behind Samsurian at Pinjarra on Sunday.

The Pinjarra meeting unearthed some promising types conceived at Scenic Lodge in Muchea.

Samsurian (Snippetson) won a 2yo maiden for part-owner and breeder Bridie O’Bree after being under siege at the furlong.  Trained by Robert & Todd Harvey, he’s a younger half-brother to stakes winners Samovare (Savabeel) and Samizdat (Not A Single Doubt). 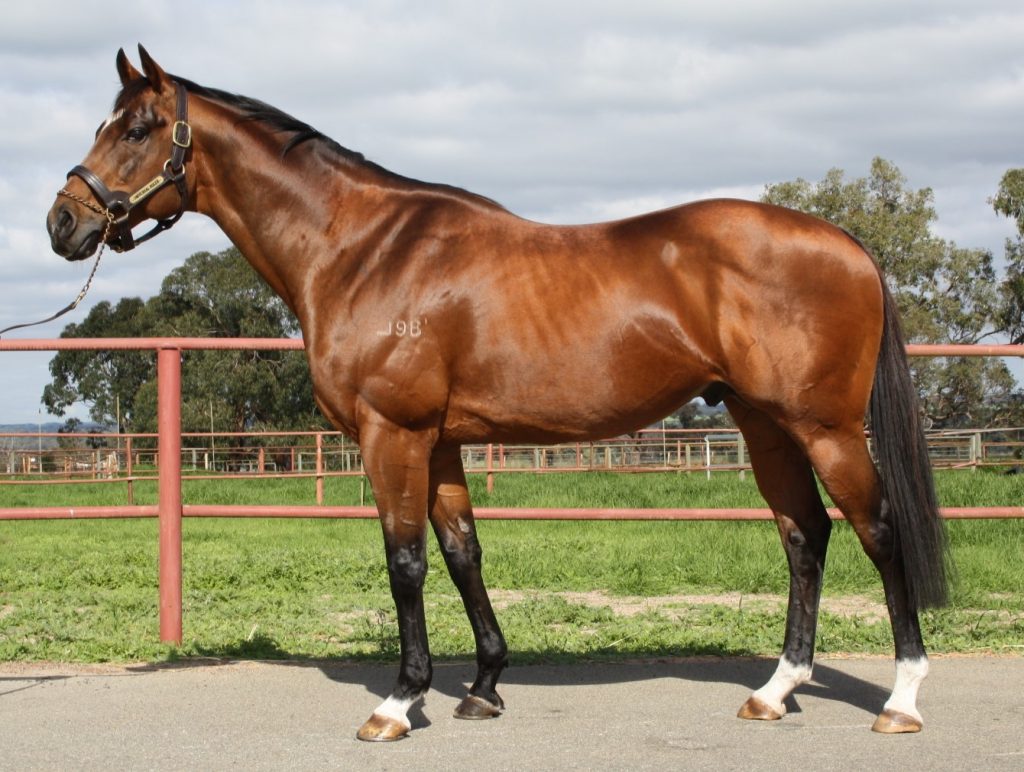