Flower Of War has kept her first-up record blemish-free with a front-running victory in the Marjorie Charleson Classic (1200m) at Ascot.

The Good Friday result improved her record to 9 wins in 14 starts for owner-breeder Neven Botica.

The ultra-consistent daughter of Yarradale Stud champion War Chant (USA) has earned $450,705 including Westspeed bonuses of $90,500. It was her second black-type success following the LR Cyril Flower Quality at Ascot in February.

Flower Of War was rated perfectly in the lead by Chloe Azzopardi to defeat Angelic Ruler (Universal Ruler) and her stablemate Flirtini (Artie Schiller). The first three home are class mares and the result won’t harm efforts to have the Marjorie Charleson Classic lifted to Listed status in the future.

The trio will clash again in the LR Sheila Gwynne Classic (1400m) at Ascot on Anzac Day.

“I thought everything would have to go right against Flirtini today and Chloe made sure it did,” trainer Simon Miller said. “She’s a mare that doesn’t win by wide margins but gets the job done. Put a line through her last run in the Bunbury Stakes and her record this season has been outstanding.”

Flower Of War (4m War Chant – Indian Flower by Husson) is from a half-sister to Group 3 winner Artistry (Shamardal). Botica has her NZ-bred 2yo half-sister Crown Of Flowers (Dalghar) in work with Miller and he withdrew her Dalghar yearling half-sister from the NZB National Sale in February.

Indian Flower returned to Australia last year and is in foal to Bull Point (Fastnet Rock) who stands at Kingstar Farm in NSW.

Duck Feet completed a double for War Chant in the Seppelt Wines Hcp (1500m) at Ascot. He’s a homebred for Geisel Park owner Eddie Rigg and is the final foal of USA-bred mare Adalia (Silver Charm). 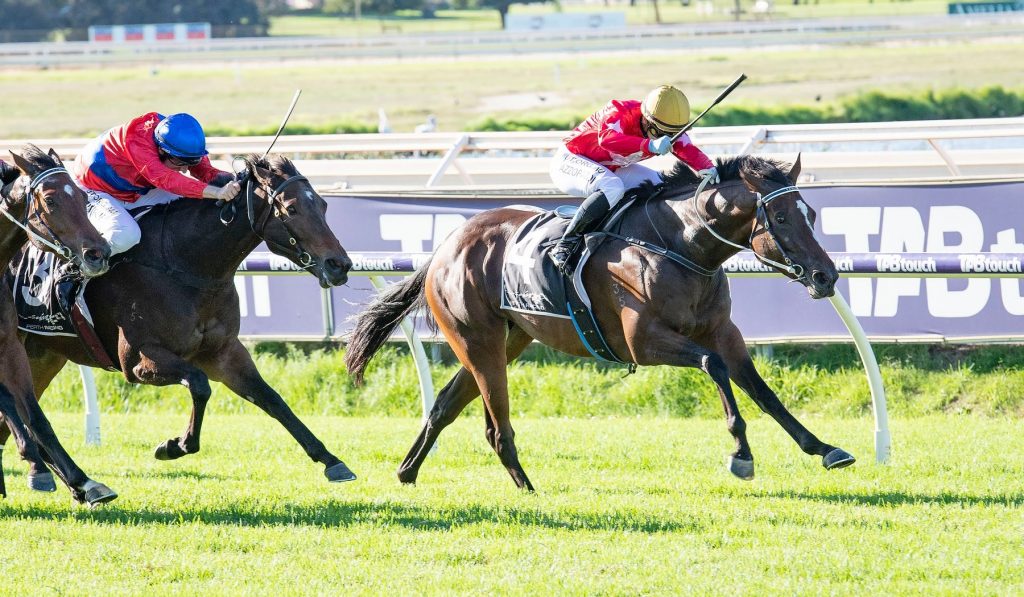