Saturday’s G2 Karrakatta Plate winner Ima Single Man is the perfect example of one good turn deserving another in racing.

Ascot-based Chris Gangemi recalled how he came to train the son of Yarradale sire Gingerbread Man who did best in a blanket finish at Ascot. He sat on the speed to defeat Watch Me Dance (I’m All The Talk) and Dark Assault (Statue Of Liberty) by a nose and a neck. Odds-on favourite Gemma’s Son (Snippetson) was another half-length away fourth.

“Just after the sales last year, Ron came down to see if his grand-daughter (Olivia) could use our pool for her show-horses,” Gangemi remembered. “When they were leaving, he asked me how much? I said ‘Don’t be silly’ so he came back and told me to pick out two colts from the list of Yarradale yearlings that had been passed-in at the Magic Millions.

“My brother Michael had liked Ima Single Man but the reserve was $60,000. He wasn’t willing to pay that money but jumped at the opportunity when we were given the chance to train him.”

Gangemi had also done a good turn by jockey Jordan Turner when the former Perth apprentice returned home after battling injuries and lack of opportunities in Victoria. “It’s unbelievable. We’ve won a Karrakatta,” Gangemi beamed. “I’m very appreciative to Ron and also rapt for Jordie. I didn’t give him any instructions and he got it just right.” 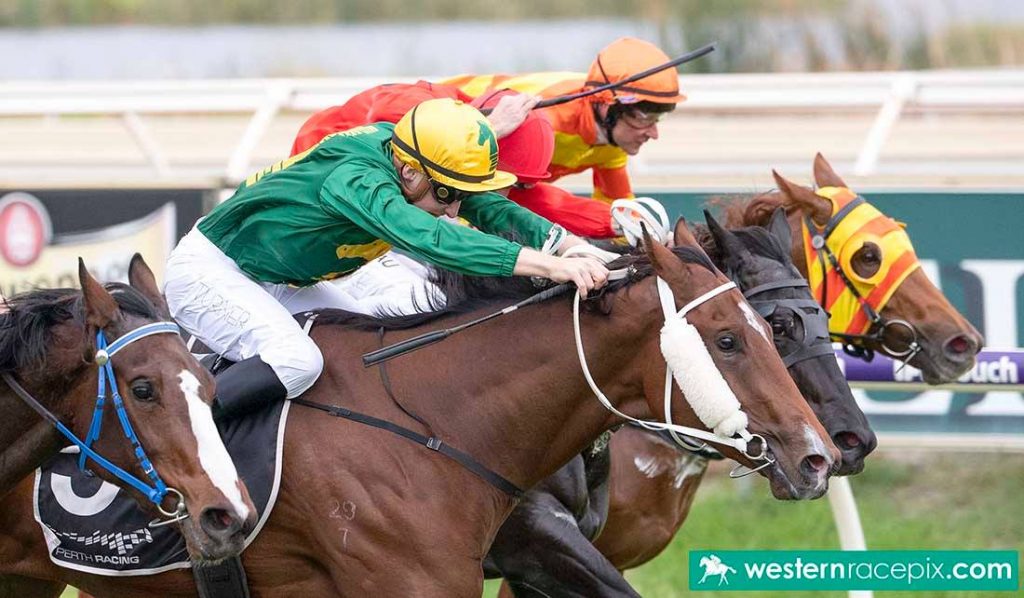 The COVID-19 lockdown meant Yarradale manager Bernie Hamill watched the Karrakatta from her office at the Gidgegannup stud while Sayers was barracking at home with his wife Lynn.

“It’s a fantastic result for Ron and all the team,” Hamill said. “Ima Single Man didn’t have any faults as a yearling and we thought the reserve might have been a bit high when he was passed-in. But I argued he was a nice colt and was worth it.

“He won first-up in an Ascot midweek maiden last month and we were hoping that would be enough to make the final field.

“Gingerbread Man didn’t get the numbers in his early books because we had just bought War Chant (USA) outright after initially shuttling him from Kentucky. He was a priority and we were also launching City Place (USA).”

An Australian-bred son of Shamardal, Gingerbread Man was Singapore’s Champion 2yo & 3yo prior to arriving in Western Australia. The Karrakatta winner is his fourth in black-type following Group 1 galloper Achernar Star, ill-fated sprinter Neurological and LR Fairetha Stakes winner Red Can Man who completed a double for their sire in the final race at Ascot on Saturday. 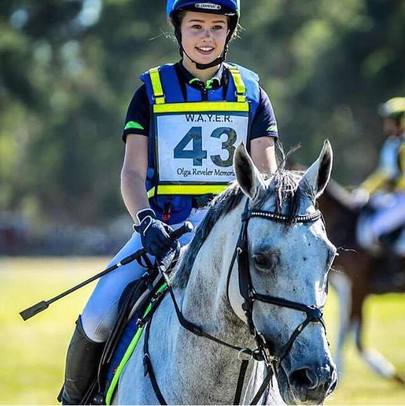 Ima Single Man’s dam Single Spice (Not A Single Doubt) won the LR Supremacy Stakes at Ascot in 2011 and was fourth home in that year’s Karrakatta Plate won by Night War. She was given a year off this season after foaling a filly by Gingerbread Man in October.

The other Yarradale yearling picked out by Gangemi is the War Chant colt from Xaaffair that didn’t make a $100,000 reserve at the 2019 Magic Millions. He’s been named Hollywood Fling and has been kept a colt unlike Ima Single Man who was a bit of a handful during his early preps.

Olivia Shore (pictured) is making the most of swimming her eventers having won two new cars at the Equestrian In The Park competition held annually next to the Perth CBD. And she’s still not old enough to drive!