Burning Magic completed an interstate double for Geisel Park on Wednesday when she staged a welcome return to form for new trainer Steele Casey at Ascot.

The War Chant mare was having her second start with Casey and she responded to a well-judged ride by Chloe Azzopardi for an all-the-way victory in the Crown Perth Hcp (1500m).

Burning Magic graduated from Geisel Park’s consignment to the 2015 Perth Magic Millions for $25,000 and she changed hands again when Ascot Bloodstock’s Matt Rigby bought her out of an Inglis Digital Sale in September 2018.

Earlier on Wednesday, Geisel Park stallion All American sired American Storm to win at Balaklava. He is another galloper to have benefited from a change of scenery having transferred from NSW to South Australia in March.

Murray Bridge trainer Grant Young must have found the key to American Storm because the gelding was backed from $9 into $4.40 before the Atlas Event And Party Hire Hcp (1300m). He was taken on in front by Spirited Match and they cleared out by more than six lengths into the straight.

American Storm shook off the longshot at the furlong and landed the money for a syndicate managed by Roi Bloodstock’s Ewan Watt. His dam Stormy Miss (More Than Ready) won a LR Waltzing Lily Quality at Flemington and third-dam Electrique (Zephyr Zip) won a G1 Flight Stakes at Randwick.

Perth trainer Dion Luciani rolls out his latest All American 2yo when Tiger Move debuts in the Crown Perth Plate (1000m) at Ascot this Saturday.

Luciani prepares Tiger Move for owner Laval White and the colt has been placed in two Belmont trials this month. The stable won nurseries with All American fillies Too Spicy and Our Danni earlier this season at Ascot.

Tiger Move’s dam Fictional (Danehill) has a perfect record at stud with four short-course winners from four to race. Her latest foal is a colt by Geisel Park sire Vert De Grece (Ire). 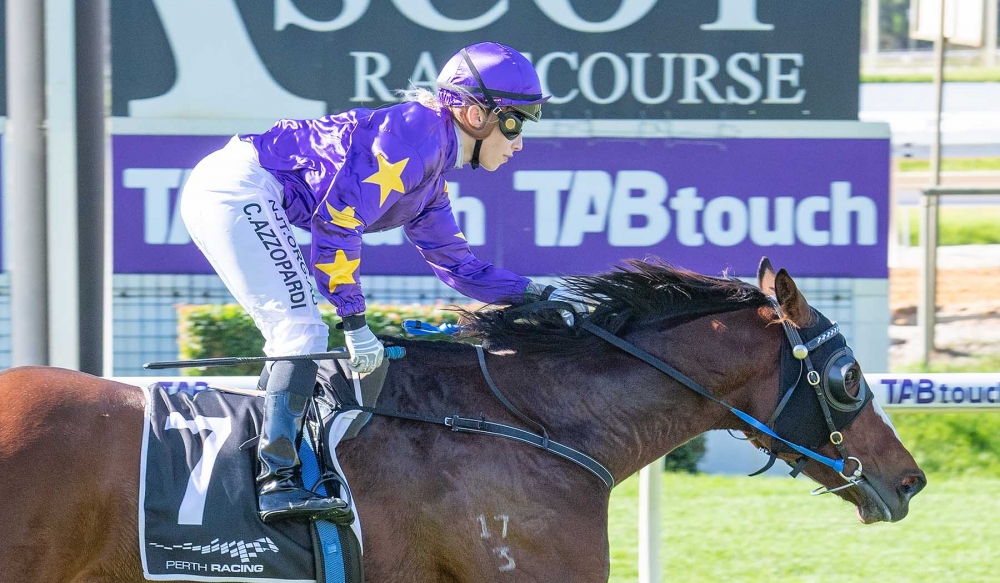