I’m All The Talk’s first-crop 2yo Em Tee Aye had a head-start on his rivals in the Amelia Park Hcp (1400m) at Ascot on Wednesday.

It was the first juvenile race of the season over 1400m but Em Tee Aye had a significant advantage after running second against older horses over the same distance at Bunbury on March 22.

With the benefit of that outing, he returned off a 10-day break and received another favour when front-runner No Surrender (Universal Ruler) drifted off the fence on the home turn. He took a short-cut along the rails and maintained a fighting length lead to the line.

Em Tee Aye is a homebred for Mungrup Stud and the name is an acronym for ‘Mungrup Team Assist’. That’s a nice fit for trainer Trevor Andrews whose twitter handle is TMA Racing.

Andrews bought an I’m All the Talk – Snuglet filly from Mungrup for $42,500 at this year’s Perth Magic Millions Yearling Sale. “He’s an up-and-coming sire and it’s not surprising he’s getting early winners,” Andrews said. “We’re aiming to collect as much Westspeed bonus money as we can with them.”

Em Tee Aye (2g I’m All The Talk – Azita by Oratorio) is the first foal of a mare who retired a maiden and her second is a Playing God filly purchased by Robert Gulberti for $60,000 at this year’s Magic Millions.

Azita has a weanling colt by A Lot (USA) and was bred back to I’m All The Talk at Mungrup in October.

Em Tee Aye is the second individual winner by I’m All The Talk following Watch Me Dance who has wins to her credit at Bunbury and Ascot. She has earned minor black-type in the RL Magic Millions 2yo Classic and G3 Gimcrack Stakes.

Watch Me Dance is also out of an Oratorio mare and she will give hot-favourite Gemma’s Son a run for his money in the G2 Karrakatta Plate (1200m) on Saturday. 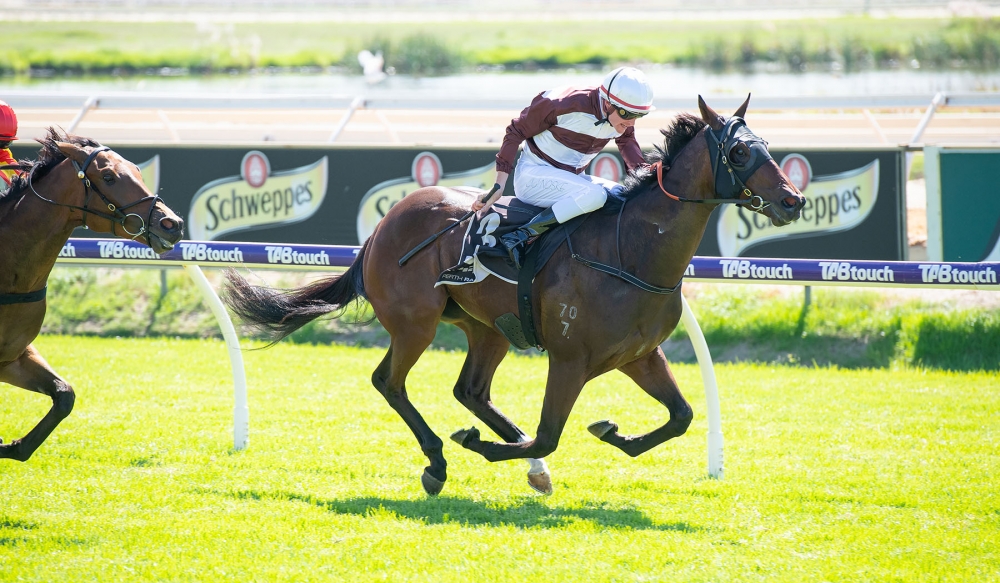